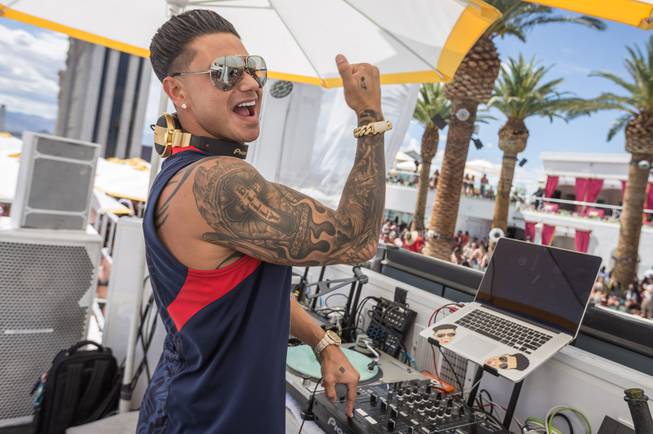 DJ Pauly D has moved his club residency from Drai’s to Marquee for 2021.

The world knows Pauly D as one of the colorful characters on the long-running “Jersey Shore” reality series on MTV, but Las Vegas knows him as a Strip nightclub and dayclub headlining DJ and a longtime local resident. And as someone who knows how Vegas works, Pauly couldn’t be more thrilled to see the Strip packed with visitors once again.

“I was monitoring it [during the pandemic],” he says on this week’s episode of the Sun on the Strip. “When it was in the midst of it, I would go to the Strip and it was quiet and eerie. Then as the world was starting to slowly get open, you would see some more people walking around, and now so much is happening and stuff is opening up and it’s full-blown, like it didn’t even happen. You go to the Strip now and it looks regular and it’s so good to see.”

Pauly was getting the party started at Drai’s Nightclub and Beachclub at the Cromwell in recent years but this year made the jump to Marquee Nightclub and Dayclub at the Cosmopolitan, thanks to a close relationship with execs at the Tao Group.

“I DJ for them in New York and Chicago and it just felt like the right time to take my residency to the Tao Group in Las Vegas,” he says. “I don’t know anybody who doesn’t like Marquee, and I’m really looking forward to the future with them. And the energy [at Vegas clubs] is just next level right now. People are just letting loose.”

“I grew up going to delis and getting a nice Italian sandwich and I wanted to figure out a way to get that to the masses,” he says. “A delivery-only service is the way to put it on everybody’s doorstep so they can try it instead of having an actual restaurant everybody goes to only in that area. I can take this thing widespread, all over the world.”