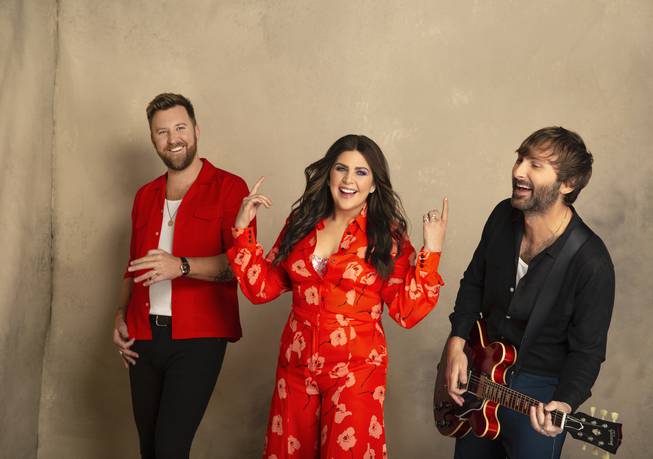 Catch Lady A at the Theater at Virgin this week.

Lady A was last in Las Vegas two years ago to close out its intimate residency show “Our Kind of Vegas” at the Pearl at the Palms, a first for the hit-making Nashville-based country trio of Hillary Scott, Charles Kelley and Dave Haywood.

Las Vegas has changed a lot in those two years and so has Lady A. The Palms is still shuttered from last year’s pandemic closures and has been sold. The group officially changed its name last summer from Lady Antebellum to the shorter Lady A to avoid connections to the pre-Civil War South. And this time around, they’re playing the brand-new Theater at Virgin Hotels Las Vegas. The concert is set for September 25 as part of the “What A Song Can Do” tour, also featuring openers Carly Pearce, Niko Moon and Tenille Arts.

“It’s really been three years since we’ve done a tour like this, because in 2019 we did the residency in Vegas and only had a couple shows here and there and in between, so being on a bus like this again is definitely an adjustment. But we’re enjoying it, we really are,” says Scott. “One of the things we’ve learned over the course of this time is to be grateful for every opportunity you get. It still feels a little shaky at the moment with everything that’s going on and you want to take every day as a gift, and getting onstage is also a gift.”

Lady A truly enjoyed the massive amount of time spent in Las Vegas for the Palms gig, she says, and is happy to get back to the city and help rechristen the Virgin venue, formerly known as the Joint at the Hard Rock Hotel.

“We counted it up and that year we spent [in Vegas], between the different award shows the residency, it was over 40 days. There’s a lot of comfort there now in the restaurants we would go to and the routine we found,” Scott says. “We just played our hometown in Nashville at a brand-new amphitheater south of town and I believe it’s a new season now and things feel different, so it’s a gift to go in with a clean slate and kind of meet this room [at Virgin] again.”

The tour is supporting Lady A’s new EP of the same name, a seven-song selection mostly written and recorded over the quarantine period of the pandemic. A second volume of “What A Song Can Do” will be released on October 22.

For a group that has always focused on songcraft and consistent collaboration between the members and many other writers and artists, making music together without being in the same place was only a small obstacle.

“Writing on Zoom was challenging but we figured out a great rhythm with it,” Scott says. “It was our way to stay creative for so many months, and it was a really beautiful time just working through all the emotions of the past year and half, finding our way to channel everything we were feeling into the music.”