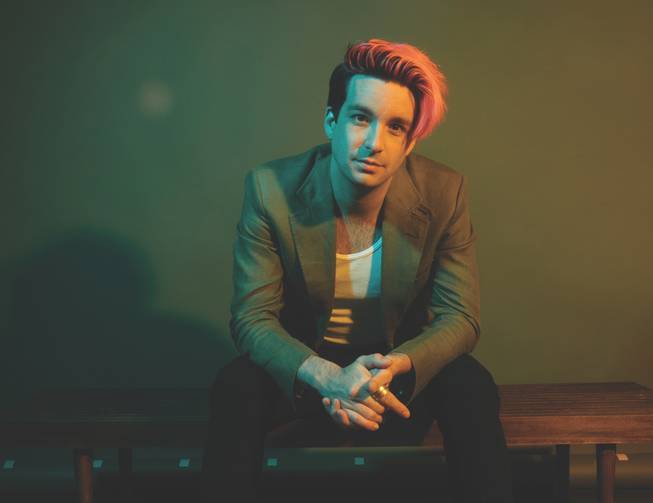 Brett Loudermilk is making an impact on “America’s Got Talent.”

The very popular, very Vegas TV talent competition show “America’s Got Talent” is always loaded with talented and unique performers, but few have generated hilarious interactions with the show’s celebrity judges the way Brett Loudermilk has done on the current 15th season.

The Las Vegas-based sword swallower known for co-starring in Spiegelworld’s “Opium” comedy variety show at the Cosmopolitan frightened and amazed Sofia Vergara, Simon Cowell and Heidi Klum on his initial appearance, par for the course if you’ve seen Loudermilk do his thing onstage in Vegas.

“I’m lucky in that I’ve been able to … do what I want and play by my own rules for my whole performing career, and in ‘AGT’ they’re kind of just letting me do whatever I want,” he says on the latest episode of the Sun on the Strip podcast. “I went into the audition [round] with my sword-swallowing act and it was derailed by Sofia Vergara in the most beautiful way. She would not co-operate and I couldn’t have been more excited by it because I thrive on that chaos.”

Interacting with his audience and generating dramatic reaction is at the core of Loudermilk’s life as an entertainer. He started his career as a street performer in New York City, practically harassing passersby until they paid attention to his act. He combines that aggressive approach with an acerbic wit to create a truly memorable presence, and it’s showing well on national TV.

“If I can get somebody onstage and create conflict immediately, I am happy as a clam. I love it,” Loudermilk says. “There’s an outrageousness that comes from the fact that I’m a contestant. I’m performing in front of these judges who are revered for their critiques of talented people and I can come out and go, ‘Yeah, I don’t really care about your critiques. So let’s just be people and do this ridiculous thing that I’m an expert at and you’re not.’”

Now that he’s reached the semifinal round, Loudermilk admits he hasn’t fully accepted his success on “AGT” and that’s partially due to the uncertainty clouding the future of his career. No one’s really sure when “Opium” or any other show might return to the Vegas stage. But he’s staying focused on what’s in front of him and preparing to continue to shock his audience.

“I get messages from people every day saying what I’m doing is inspiring them, and as nice as it is to receive those … I haven’t accepted that yet. In my mind I’m this kid that somehow made his way onto this big platform,” he says.