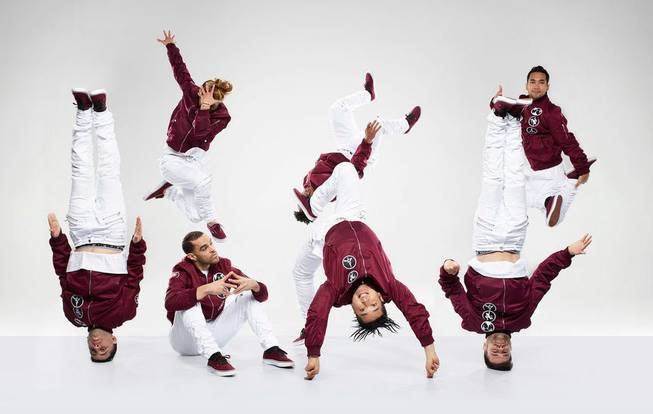 NBC’s new competition series World of Dance premieres tonight (May 30) and the project has all kinds of Vegas connections. Planet Hollywood resident performer Jennifer Lopez serves as executive producer and one of the judges, joined on the panel by Ne-Yo (who grew up in Vegas), Jenna Dewan Tatum (whose hubby Channing Tatum just launched Magic Mike Live at the Hard Rock Hotel) and Derek Hough (who’ll perform with his sister Julianne at the Smith Center June 16).

The list of World of Dance competitors—who come from all over the world, encompass every style and genre and include solo performers, duos and groups—also includes some Las Vegans. The best-known act is most likely the Jabbawockeez, the hip-hop and breakdancing crew that has its own show on the Strip at MGM Grand. But also signing on is Super Cr3w, another group with years of experience and a title from MTV’s America’s Best Dance Crew on its resume.

“I think this is the grandest show that has ever been centered around dance,” says Super Cr3w’s Mike Carrasco, aka Mike Murda. “Other shows have been focused on either individuals, or kids, or crews, but this is the first time that’s it about everybody, every age and every group, just throwing it into one big melting pot.”

It doesn’t hurt that the grand prize for the winner of World of Dance is a million bucks.

“There have always been shows that offer a million dollars but they’ve been gameshows or sing-offs. For [dance shows], it’s always been $100,000,” explains Jon “Do Knock” Cruz. “If you offer a million, you’re going to get the best dancers possible.”

But the money isn’t the only thing that drew Super Cr3w to this new, big stage. “What separates this show is it’s a new way of showing off dancers from all different genres in one show, and having someone like Jennifer Lopez behind it makes a difference because she understands what we are and where we’re trying to go,” says Cruz. “There’s a lot more connection. And if you look at those judges, they’re a little younger, and they’re all dancers so they’re more connected with different styles. They understand what we do a little more.”

The crew was also attracted to the show because it could bring the numbers this time around. “We’re used to performing with six or seven members for [TV] but the limit for this show was 20,” says Ronnie Abaldonado. “We figured we’d be able to put our best foot forward, and we actually recruited some international members from Japan, Korea, Venezuela and Brazil to represent Super Cr3w with us.”

The members of Super Cr3w are constantly traveling around the world for b-boy competitions, appearances and performances, so they’re used to the pressure of competition as well as the brightest spotlight. World of Dance presents another unique challenge for the group.

“As soon as we heard about this show, it was automatic that we would try to be a part of it,” says Abenamar “Ben” Honrubia, aka Ben Stacks. “We love being under the pressure of having one week to come up with a new performance and we work well under that pressure. This is just the perfect show for us.”

And it might turn into the perfect showcase for Las Vegas talent. “With Las Vegas being the entertainment capital of the world, we just hold a lot of the world’s greatest entertainers and a lot are dancers,” Honrubia says. “If they’re not currently in Vegas, they’ve probably been here to perform or in one of the big shows. With J.Lo’s residency, even the [producer] of the show is here. So I don’t think it is intentional for World of Dance to highlight Vegas, it’s just the nature of the beast. There’s so much talent out here, and that’s one of those things that pushes us all to get better.”