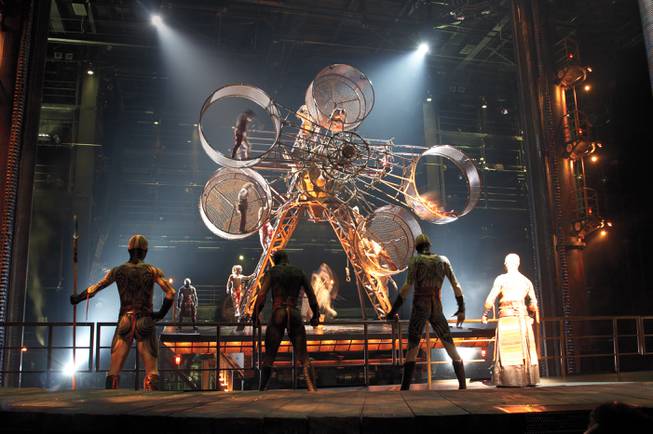 Montreal-based live entertainment company Cirque du Soleil announced today it has filed for protection from creditors under the Companies Creditors Arrangement Act (CCCA) in order to restructure, and its application under the CCCA will be heard Tuesday by the Superior Court of Quebec. If the court grants the order, the company will seek immediate provisional recognition in the United States under Chapter 15 in the U.S. Bankruptcy Court.

“For the past 36 years, Cirque du Soleil has been a highly successful and profitable organization. However, with zero revenues since the forced closure of all of our shows due to COVID-19, management had to act decisively to protect the company’s future,” said Daniel Lamarre, president and CEO of Cirque du Soleil Entertainment Group. “I look forward to rebuilding our operations and coming together to once again create the magical spectacle that is Cirque du Soleil for our millions of fans worldwide.”

Cirque du Soleil is the biggest name in production shows in Las Vegas. The company was producing six shows on the Strip when casinos and entertainment were shuttered in mid-March to prevent the spread of COVID-19: “Mystére” at Treasure Island, “O” a Bellagio, “Zumanity” at New York-New York, “KÁ” at MGM Grand, “The Beatles LOVE” at the Mirage and “Michael Jackson ONE” at Mandalay Bay. Cirque also acquired the long-running Blue Man Group show at Luxor in 2017.

Cirque also announced today the termination of employment of approximately 3,480 employees previously furloughed in March, which “allows employees to maximize and accelerate the financial compensation that they can obtain by immediately receiving payment on account of all accrued vacation time” and unemployment assistance programs, according to the company’s statement.

But the artists and staff of the Resident Shows Division, including those in Las Vegas, are not affected by this measure as the Vegas shows are expected to resume before the rest of the company’s productions and events.

It is uncertain when production shows in large theaters such as those from Cirque du Soleil will be allowed to reopen in Las Vegas resorts. Neither Gov. Steve Sisolak nor the Nevada Gaming Control Board have released specific information about how that form of live entertainment might resume operations.

In connection with the filing, Cirque has entered into a “stalking horse” purchase agreement with its shareholders and debt providers which would provide $300 million into the restructured business to support a successful restart, provide relief for employees and partners and assume liabilities.

“The Purchase Agreement … provide(s) a path for Cirque to emerge from CCAA protection as a stronger company,” said Lamarre. “The robust commitment from the sponsors — which includes additional funds to support our impacted employees, contractors and critical partners, all of whom are important to Cirque’s return — reflects our mutual belief in the power and long-term potential of our brand.”