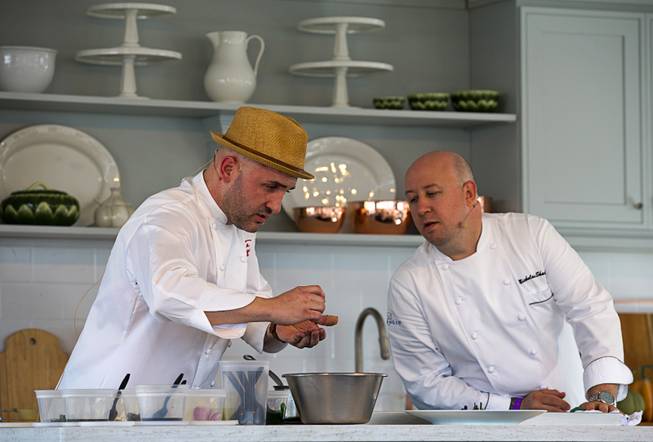 The USA Today Wine & Food Experience is coming back to the Las Vegas Strip on Oct. 26 and the preliminary lineup for this year’s event was unveiled earlier this week, a diverse and dynamic collection of restaurants and chefs from megaresorts and off-Strip neighborhoods.

Presented by Desert Ford Dealers and scheduled for the MGM Resorts-owned Las Vegas Festival Grounds, the event made its debut last year, co-billed with Martha Stewart who made a special appearance and participated in some cooking demonstrations. Stewart is not scheduled to appear this year — although there will be a display and wine sampling from her Martha Stewart Wine Co. — but Strip chefs Susan Feniger from Border Grill at Mandalay Bay, Roy Ellamar from Harvest at Bellagio and Jamaal Taherzadeh from Libertine Social also at Mandalay Bay are on the roster. 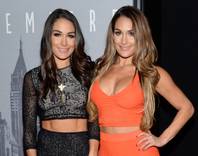 Brie and Nikki Bella will be at this year’s USA Today Wine & Food Experience at the Las Vegas Festival Grounds to promote Belle Radici Wines.

Other MGM Resorts restaurants include the newly opened Ambra Italian Kitchen & Bar at MGM Grand, Diablo’s Cantina at Luxor, Five 50 Pizza Bar at Aria, Le Cirque and Michael Mina at Bellagio, Osteria Costa at Mirage, The Steak House at Circus Circus and the yet-to-open Vagabond at Excalibur. Other participating casino restaurants include BBD’s at Palace Station, Cadillac Mexican Kitchen at the Golden Nugget, Greene St. Kitchen at the Palms, Holsteins at the Cosmopolitan, Once at Palazzo, Oscar’s Steakhouse at the Plaza and Yardbird and Chica at Venetian.

And then there’s an all-star roster of chefs and restaurants representing the local Vegas, off-Strip and independent cuisine scene, such as George Lopez from Bajamar Seafood & Tacos, Francesco Di Caudo from Ferraro’s, Marc Marrone from Graffiti Bao, Oscar Amador of EDO Tapas, Noel Flores from the brand-new La Monja, Matt Meyer from Henderson’s Served and Brian Howard from Sparrow + Wolf. It’s a rare thing for more established annual culinary events like spring’s Vegas Uncork’d weekend festival to include this kind of mix, and that makes the USA Today event more exciting for both locals and tourists.

Wine will be a big part of the event. Master sommeliers Ian Cauble, who was featured in the Netflix film “Somm,” and Chris Miller will be there for seminars and tastings, and WWE wrestling personalities and “Total Bellas” reality TV stars Brie and Nikki Bella will appear to showcase the wine label they founded, Belle Radici. They’re scheduled for a special sampling, Q&A and autograph sessions as well as a seminar titled “Partners in Wine.”

Some specialty experiences come with an extra ticket charge, but the standard price for the main Grand Tasting portion of the event is $65 in advance or $85 at the door. The USA Today Wine & Food Experience is set for 1-4 p.m. on October 26 and tickets are available at wineandfood.usatoday.com.