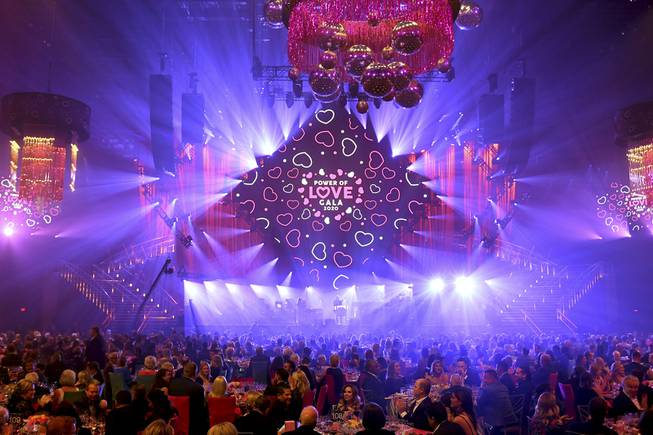 Gwen Vaughn was diagnosed with Parkinson’s disease about a year ago.

Her world shifted, and she knew, nervously, that change was coming. But rather than facing Parkinson’s alone, Vaughn said she knew exactly where to find easy, affordable access to treatment and a community of other patients: the Cleveland Clinic Lou Ruvo Center for Brain Health-Las Vegas. Her mother also has Parkinson’s and was treated at the facility.

The Cleveland Clinic is supported by Keep Memory Alive, a philanthropic organization created in 1996 by Larry and Camille Ruvo to celebrate Lou Ruvo, Larry’s father who died of Alzheimer’s. Twenty-five years later, the organization has raised tens of millions of dollars for those with brain diseases, assisted thousands of patients across about 200,000 appointments, conducted over 100 clinical trials and provided near-free services beyond necessary treatment.

“If we didn’t have donors who come year after year and tell their friends what a great event it is, and it’s really grown in its reputation, we would never be where we are today,” she said.

Dr. Dylan Wint of the Cleveland Clinic said that without Keep Memory Alive’s support, it would be impossible for the clinic to stay open. Every patient receives care that goes far beyond what insurance covers. Charitable giving helps offset the losses the clinic incurs, as well as to fuel innovative research, train future and current medical professionals, and provide educational, therapeutic and support programming free of charge to families.

“Groups to help patients are fairly common, but usually they’re separated from medical enterprises, so it’s very unusual for a clinic to be supported this way,” Wint said. “It makes what we do possible.”

In 2007, Vaughn watched her mother struggle with Parkinson’s and now dementia. She discovered the Cleveland Clinic through her mother, who also used the services. In addition to her Parkinson’s treatment, Vaughn’s mother accessed support groups and physical activities, resources that Vaughn herself now uses along with physical and occupational therapy.

Vaughn said all her treatment at the clinic had been free through a combination of insurance — which covers her occupational and physical therapy — and free programs like music therapy and yoga.

“Cleveland Clinic has certainly filled the void that was very lacking, not only the health care portion of (Parkinson’s), but the social and cultural aspects of it as well,” Vaughn said.

Close to 1 million people in the United States have Parkinson’s disease, with approximately 60,000 Americans diagnosed every year, according to Parkinson’s Foundation. No standard treatment exists, so it varies person to person which medication or therapy will be required.

And treating the disease can be costly. A study from Nature Partner Journals found that $51.9 billion was spent in total across direct and indirect medical and nonmedical-related costs for all Parkinson’s patients.

The gala, staffed by volunteers, is a celebration of life and the charity’s work, Robins said. Ticketholders will enjoy silent and live auctions, dinner, drinks and presentations on Keep Memory Alive. This year, the gala will also honor musician Smokey Robinson, singer and record producer Kenny “Babyface” Edmond, and K.T. Lim, CEO of Genting Berhad, developer of Resorts World.

Robinson said he was excited to attend the gala for the first time and to be honored by an organization he thinks is doing beneficial work.