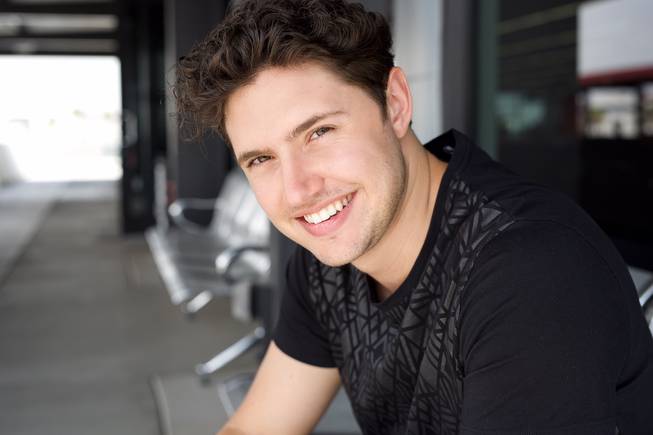 Faith Lutheran High School graduate and “America’s Got Talent” finalist Daniel Emmet’s last live gig was in front of a thousand people at Chapman University’s Musco Center for the Arts in Orange County, California, singing his unique take on classical and pop music backed by dozens of musicians comprising a full symphony orchestra.

On Saturday night, he’ll be singing live from his kitchen. “Definitely the most exciting venue I’ve ever performed in,” he says with a laugh. “It’s a brave new world.”

Emmet’s “Live (At Home) From the Desert” performance will be streamed on his Facebook and Instagram channels at 6 p.m. PST on April 11. This time his backup band will be his laptop.

“I’ll be singing some songs you’ve heard before and some you definitely haven’t, and there might be a few fun quarantine parodies,” Emmet says. “I’m just trying to send some uplifting messages through the Internet. I’m fortunate to be in this creative industry during the era of social media where I can take this opportunity to reach out and interact with audiences both here in Vegas and around the country and just share some musical time together. It won’t be quite the same as my shows here or on the road, and there may be a bug or two, but we’ll work ‘em out and it’s gonna be a lot of fun.”

Emmet, who performed a limited engagement at Cleopatra’s Barge at Caesars Palace in August and September, had a big year ahead of him when the pandemic forced cancellations and postponements galore. Some of his touring shows were lost but his yet-to-be-finalized Las Vegas concerts will still be announced and performed later this year, he says. He continues to work on his first album although his chosen studio is not currently accessible and his collaborators — producers, arrangers and co-writers — are spread out across the country.

“I’m looking at it almost as a grace period, a time to just perfect the songs and shows I had in development and to learn and work on new material as well,” Emmet says of his quarantine strategy. “I really want to make the most of it when we can go back to work and go back to theaters, to hit the ground running.

“We don’t often get this amount of time to really breathe and reflect on things for what they are. There are silver linings.”