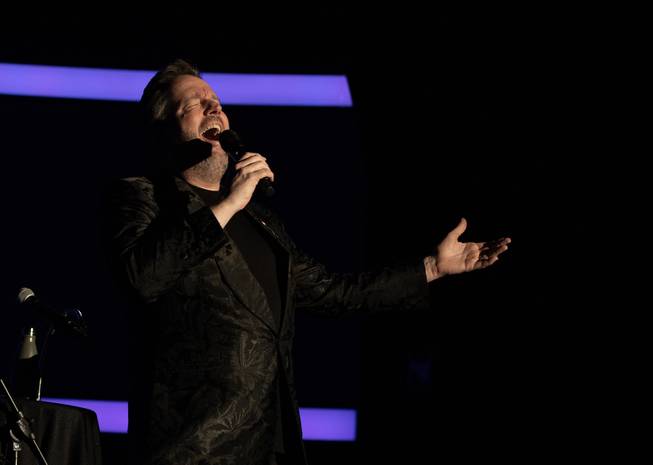 Terry Fator performs on the Strip this month for the first time in a year.

When the pandemic shut down all live entertainment in Las Vegas this time last year, it had an especially frustrating impact on Terry Fator’s show, which had been running since 2008 at the Mirage. The ventriloquist, singer and comedian had been hunting for a new theater to call home since the fall of 2019 and was about to finalize a deal with MGM Resorts to relocate to another one of the company’s Strip properties.

“We couldn’t announce anything because we had three or four different venues we were kind of vetting to find out which was going to be the best. And then I didn’t get a chance to finish signing a contract before everything just shut down,” Fator says on this week’s episode of the Sun on the Strip podcast. “It was very frustrating. We had this whole thing planned where I would moving trucks with my poster on the side [on the Strip] saying, ‘Terry’s moving!’ And none of that got to happen.”

Fator’s first attempt at a comeback was also delayed by COVID restrictions when he planned a holiday-themed show in December before infection rates spiked and audience capacities were lowered to prevent the spread of the virus.

Finally, he’ll be back onstage this month, bringing an all-new show called “Who’s the Dummy Now?” to the New York-New York Theater starting on March 18.

“The format is completely different than anything I’ve done before. It’s kind of a whimsical origin story delving into the psychiatry of a ventriloquist and showing the interesting connections of how and why I created different characters,” he says.

Fator is also planning to incorporate new music into the show that he’s been working on over the last year while posting weekly videos to his social media channels. Since his standard rapid-fire comedic delivery uses snippets of dozens of different hit songs performed by his puppet characters, he came to understand how much he missed singing full songs. That is the content he’s been posting for months now and he’s trying to figure out how to include some version of that performance in the new live show.

“It’s a process of figuring out, am I utilizing myself to the full potential of the different things I can do?” he says. “People say, you do such good impressions and you can sing, why use puppets? Well, because I can. But in this new show, I’m going to take some time to showcase what I’m capable of without the puppets. And it’s way harder to do impressions of different singers without moving your lips, I can tell you that!”