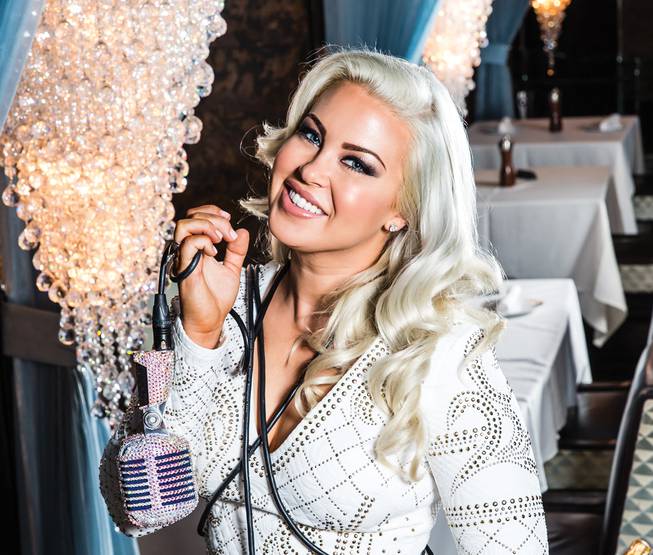 Native Las Vegan Lisa Marie Smith was among the first wave of local entertainers going back to work at casinos earlier this month. But it wasn’t just her gig as a swing performer at Bellagio’s Mayfair Supper Club that put the singer back onstage. She’s also doing her thing Thursday night at Hank’s Fine Steaks & Martinis, the swanky steakhouse at Green Valley Ranch Resort.

“They asked me to be a vocalist at T-Bones steakhouse at Red Rock Resort after I auditioned there about two years ago, and [eventually] they [stopped] with the live vocalists there but I became close with Station Casinos,” she said. “They asked me to do New Year’s Eve at Rocks Lounge and then started having me swing into Hank’s, which I did a handful of times last year.”

Then the pandemic caused the quarantine and the casino shutdown and canceled all of the singer’s work, but she stayed connected to Station through her agent in the hopes of returning to the lounge at Hank’s. “Now I’m there every Thursday for the remainder of the year,” Smith said.

Station opened the majority of its local properties on June 4 — Fiesta Henderson, Fiesta Rancho, Texas Station and the Palms remain temporarily closed — and was quick to reactivate musical entertainment where it’s allowed in restaurants, bars and lounges. Larger venues such as the Grand Events Center at Green Valley Ranch Resort, Club Madrid at Sunset Station and the Railhead at Boulder Station remain closed per Nevada’s Phase Two guidelines.

There’s more action at Red Rock where DJ Rico takes over at the Sandbar Pool and DJ Dig Dug plays in the casino’s Lucky Bar on Saturdays and Sundays. There’s live performance Friday in the Lobby Bar with Mirko Barbesino and at the nearby Onyx Bar with Chandiss & Michael, and the Saturday lineup includes Mike Spadoni in the Lobby Bar and rotating artists, including Ryan Whyte Maloney on June 20, in the Onyx Bar.

At Sunset Station in Henderson, there’s live entertainment in the casino’s Gaudi Bar starting at 8 p.m. every Friday and Saturday, including Cory Brown and Mark Aston. And Boulder Station keeps the music going at Kixx on Friday and Saturday nights, with a lineup of rotating artists including Rattle & Strum, Updog, Lounge Orphans and more.