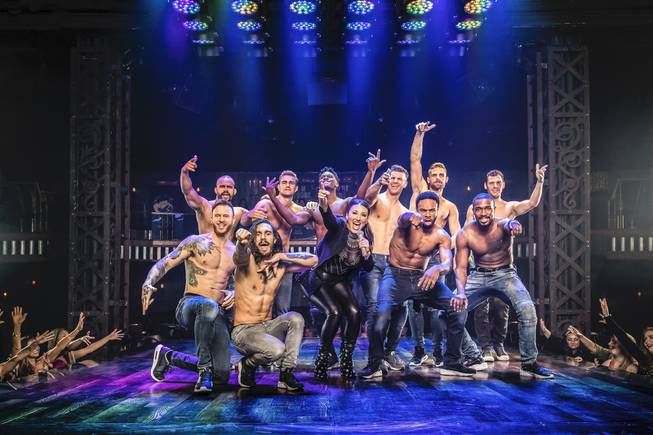 The cast of “Magic Mike Live Las Vegas” will return to the stage on March 26.

“Magic Mike Live Las Vegas” is to perform for the first time at the brand-new Magic Mike Theater at Sahara Las Vegas on March 26, 2021, and tickets go on sale Friday at 10 a.m. at magicmikelivelasvegas.com.

The acclaimed modern male revue co-created by “Magic Mike” movie star Channing Tatum and produced by Base Entertainment originally opened in 2017 at the former Body English nightclub space at the Hard Rock Hotel. After nearly 1,500 shows, it closed there in November 2019 after announcing two months earlier the move to Sahara.

“Magic Mike Live” became so successful in Las Vegas that it spawned international versions in London and Berlin as well as a touring production in Australia that was about to launch when the pandemic halted most live entertainment events around the world.

At Sahara, the majority of the Vegas cast will return to the stage with favorite and new routines, performing in a larger, two-story space near the renovated Strip resort’s convention and meeting room area. The theater will offer a variety of seating options including couches, easy chairs, standard theater seats and cabaret tables; zip lines spanning the venue allowing performers to soar across the room; a two-story bar that doubles as a performing space throughout the show; state-of-the-art surround sound and lighting; and a QR code ordering system for fast beverage service. Guests will be able to party before and after the show at the adjacent Magic Mike Lounge.

“Magic Mike Live” will perform at 7:30 p.m. Wednesday through Saturday with an additional 5 p.m. show Saturday and late shows at 10 p.m. Thursday through Sunday. Tickets start at $49.