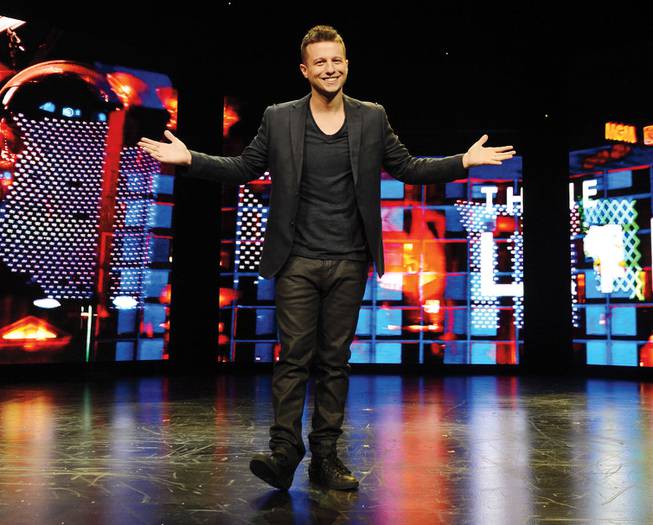 Mat Franco has a few new tricks up his sleeve.

Las Vegas Strip headlining illusionist Mat Franco was more than ready to return to the stage when his show “Magic Reinvented Nightly” reopened at the Linq in late April. The excessive downtime of 2020 enabled him to re-envision his show, develop tons of new material and take a different creative approach.

“I had a lot of new material I was working on and I was anxious to get that into the show, and I don’t know if it was an accident or if it was in the back of my mind and happening intentionally, but I was working on material that was a little more hands-off and socially distant,” Franco says in this week’s episode of Sun on the Strip. “Some of that has certainly found its way into the show. But [the process] was really about using any constraints as a creative challenge. It seemed like the perfect time to refresh things.”

But he didn’t want to simply add new tricks to his act. Franco’s revamp was all also about adding “more color and positivity than what was already there,” and the response from his audiences so far proves that the energy behind the show is the right fit for visitors who are returning to Las Vegas for the first time in a long time. “Everybody is talking about light at the end of the tunnel, and I think we’re seeing that now and I want to be a part of that.”

He certainly spent extra time practicing magic and creating new illusions during 13 months without live performances, but his mindset quickly changed during the pandemic and he reconnected with the way he felt about magic as a child and teenager, Franco says. Rediscovering his passion for what has become his  profession paved the way for some of the new material in the show.

“There’s a few new segments but the one I might have had the least faith in is the one audiences have been responding to the most,” Franco says. “It’s required the least amount of refinement so far and has been the most fun to perform. It involves balloons and a really quirky, subtle idea involving helium. Since the summertime I’ve worked on several different methods to get this to happen and it finally clicked right before the opening. It’s just really enjoyable to do.”