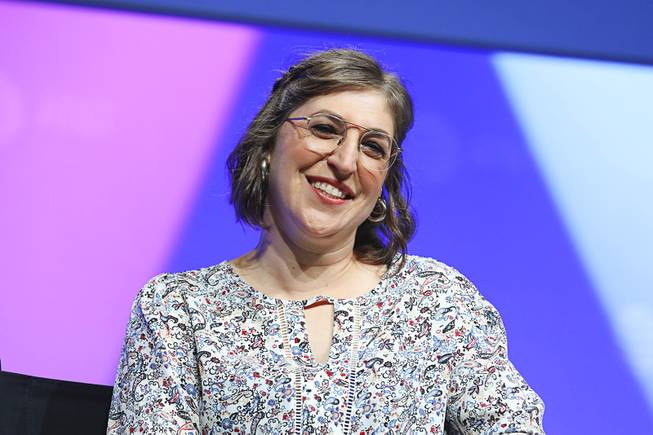 Mayim Bialik speaks at the AT&T’s SHAPE: “The Scully Effect is Real” panel with Geena Davis and Mayim Bialik on Saturday, June 22, 2019 in Burbank, Calif.

LOS ANGELES — The Fourth of July often means hot dogs and hamburgers sizzling on an open fire, but Mayim Bialik is pleading with all those grill masters out there to not ignore their vegan guests.

“A lot of people want more plant-based food,” the actress said recently. “It doesn’t have to be just the food for people who eat weird.”

The “Big Bang Theory” actress, who wrapped her last season as neuroscientist Amy Farrah Fowler earlier this year, said people who avoid animal products like her and her kids get excited when chefs include food they can eat.

“There are more of us out there and we do like to go to barbecues, too,” she said. “There are so many more vegan options than when I became vegan.”

The former star of “Blossom,” a spokeswoman for Sabra hummus, pointed to a range of favorites, from Asian dishes to fruit and, of course, hummus, as simple go-tos for the summer party season. Rather than struggling to find good substitutes for animal products, all it takes is thinking of some dishes that already avoid animal products and that everyone will enjoy.

This summer, Bialik has a bit more free time on her hands and is spending it with her family.

“There is a sweetness to being home,” she said. “My kids are confused and excited I am home more.”

She’s gone from filming in front of a live studio audience to giving neuroscience lectures to small groups in her kids’ homeschool community (she has a Ph.D. in neuroscience).

Saying goodbye to the TV show that she starred on for nine seasons is bittersweet. “For those who were watching it, we hope it was satisfying,” she said.