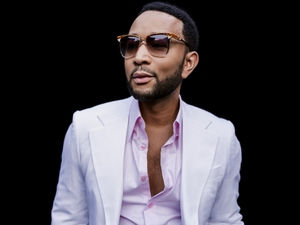 Days after the newest Las Vegas resident headliner opened a new 5,000-seat theater on the Strip, two new superstar residencies have been announced.

Michael Bublé will launch his “limited engagement” of six concerts on April 27 in that same venue, Resorts World Theatre, with tickets on sale December 10. When Resorts World opened over the summer, officials from venue’s operator AEG Presents said they had already booked another headlining star to join Celine Dion, Carrie Underwood, Katy Perry and Luke Bryan. The multiple Grammy Award-winning Bublé, who performed at T-Mobile Arena in September, appears to be that act.

Legend, who also played Vegas in September with a concert at the Cosmopolitan, joins Shania Twain—who reopened her Let’s Go! Residency last week—as the primary headliners at Zappos Theater, where Kiss recently canceled its plan engagement.