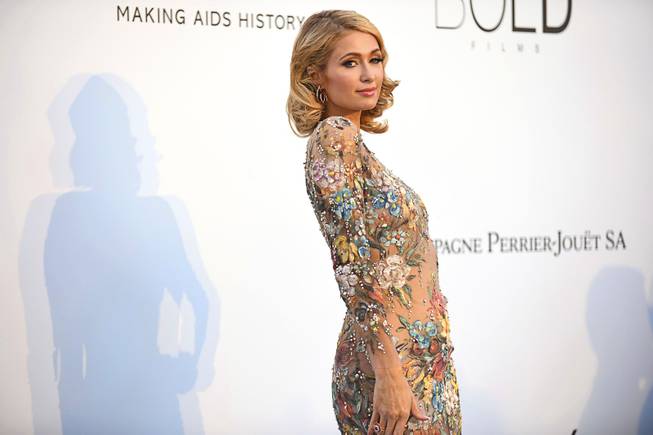 Socialite Paris Hilton poses for photographers upon arrival at the amfAR, Cinema Against AIDS, benefit at the Hotel du Cap-Eden-Roc, during the 71st international Cannes film festival, in Cap d’Antibes, southern France, Thursday, May 17, 2018.

Hilton announced her engagement to entrepreneur Carter Reum in her social media post on Wednesday — the same day as her birthday. She said on her website that the proposal was everything she had “dreamed of.”

Hilton said she and Reum took a pre-dinner walk on the beach before he dropped to one knee at a cabana with flowers. She said the proposal was followed by a celebration with family and close friends.

“There’s no one I’d rather spend forever with,” she said in the post.

Hilton shared a series of photos with her wearing a white dress and crown, while 40-year-old Reum sported an all-white suit.

The couple have been dating since 2019.