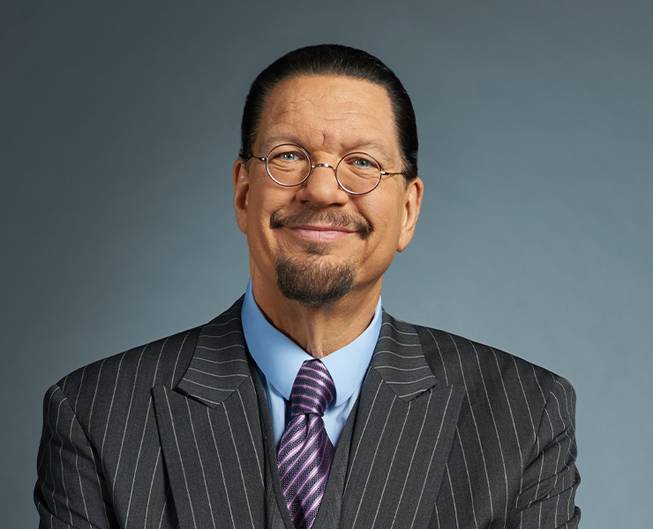 “Penn & Teller: Fool Us” was just renewed for another season on the CW network, solid timing for the longtime Las Vegas headlining duo that recently completed filming the magic-based TV competition’s eighth season in a pandemic bubble environment at the Rio. It’s a continuing mark of success for an unorthodox idea.

“The idea Teller and I talked about most was trying to do a performance show that had kindness involved,” says Penn Jillette on this week’s episode of the Sun on the Strip podcast. “We were both so bothered by the shows where people who don’t really know art pontificate about an artist, and occasionally but not all the time, in cruel ways. What we wanted to do was put the emphasis on the actual performances and also not claim some sort of God-like predictive qualities.”

The show’s format is as simple as it seems: If a magician can execute a trick that Penn and Teller can’t figure out, he or she wins. There’s a holiday show filmed last year re-airing tonight at 9 p.m. on the CW, but the new episodes that will begin in January were shot with a virtual audience instead of a live audience at the Rio, which has been closed since March and is set to finally reopen on December 22.

“It was [like] ‘The Shining,’ walking through a vacant hotel with your bathrobe on,” says Jillette of the TV show’s production bubble at the off-Strip resort. “With the crew and the magicians and us, we did over 660 COVID tests, every one of them negative, and I guess we’re more proud of that than the whole season.

“I would have told you before we started that we needed an asterisk next to it, to say it was done during COVID, but I think it turned out to be one of our best seasons and I don’t really understand why. I think part of it was we were able to get all these acts that couldn’t be on ‘Fool Us’ before … to just send cameras and shoot big illusions all over the world that look really beautiful.”

Although the Rio should resume business next week, there’s no telling yet when the Penn & Teller residency show will be back onstage. “We will do what seems the most prudent with the best advice we can get and open up when and how we can do it without jeopardizing our audience,” Jillette says, but even with that uncertainty, he’s optimistic about the overall recovery for Las Vegas and the country as a whole.

And when the show does return, it will likely be very different.

“I think it will be an all-new show,” he says. “Teller and I have kept within each other’s bubbles. We’ve been writing like freaks. It’s very much like the ’70s where we’re in my living room building stuff out of cardboard and gaffer’s tape. … It’s kind of nice to be two guys in a room again trying to think of wacky stuff to do onstage.”