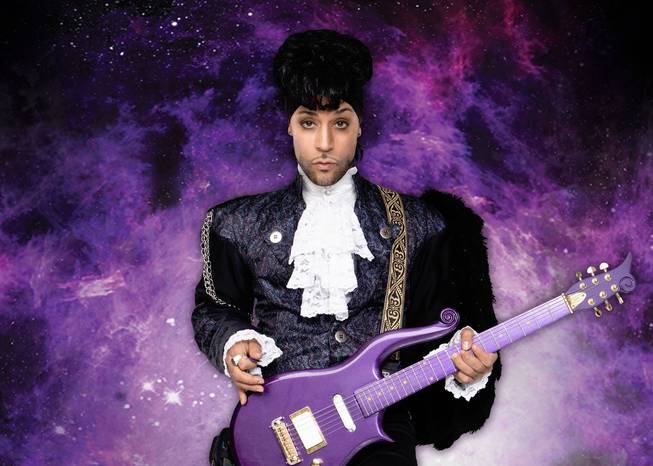 Jason Tenner returns to the stage at the Tropicana this weekend in “Purple Reign.”

He’s one of the most recognizable Prince tribute artists in Las Vegas and across the country, but Jason Tenner didn’t spend his pandemic downtime digging through the late music icon’s archives or taking a deeper listen to his most beloved hits.

“Actually I didn’t listen to Prince or play Prince. I wrote a couple new songs and released one in October and one in March and I have my warehouse studio, so I’ve been making music and music videos and just working on projects,” Tenner says on this week’s episode of the Sun on the Strip. “I stayed far away from the Prince universe and it was kind of a relief not to think about it, and now going back, there’s a renewed energy and everyone is so totally hyped to do it again. Stepping away from it cleared my mind.”

Tenner brings his wildly popular tribute show “Purple Reign” back to the stage at the Tropicana this week, reopening on Thursday night along with “Legends in Concert” in the same classic Strip showroom.

“Purple Reign” has been performed in Las Vegas and on tour dates for nearly 25 years, and it restarted in California a couple months ago, a bit of a warmup for its Vegas comeback.

“It felt a little foreign to be honest,” Tenner says of that first show back. “It was strange but still super fun. I’m assuming everyone who does this must be ridiculously geeked to get back to work. It’s part of our DNA. When you’re an artist or a performer, it becomes part of your identity and I’m sure there are a lot of vocations where that’s the case but it’s so strong for entertainers.”

After nearly a quarter century portraying Prince and entertaining audiences in all different kinds of venues, Tenner is more excited and appreciative than ever to be able to do what he does.

“That’s the life. It’s all I’ve ever wanted to do, to sing and dance and do something with music,” he says. “I feel blessed. I’ve worked hard, I don’t cancel shows, I show up every day and give it everything and all the guys I’ve got with me feel the same way. We all want to be as bad-ass as we can be.”