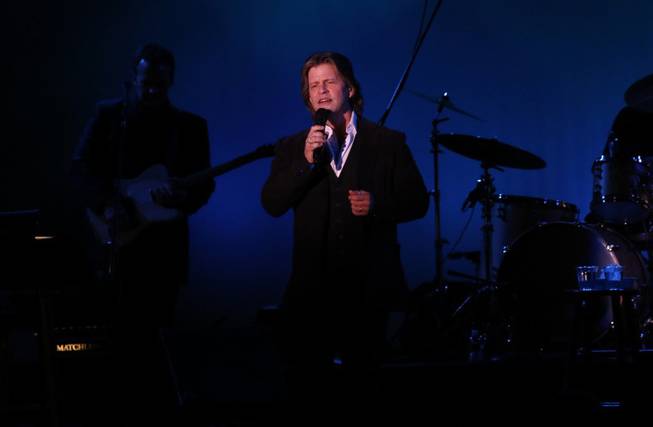 Bucky Heard performs at the Italian American Club and the Bootlegger this week.

Bucky Heard has been singing huge hits from legendary artists for his entire career, but when Rock and Roll Hall of Famer Bill Medley chose to partner with him for a new Righteous Brothers residency on the Las Vegas Strip, Heard started singing alongside a legend.

Heard was performing in Branson, Missouri in a Journey tribute show when Medley came calling, and the duo has been playing Harrah’s Las Vegas ever since.

“When we first did it, every night was mind-blowing and there was a lot of pressure,” Heard says on this week’s episode of the Sun on the Strip podcast. “I felt like the curtain would come up and people would be looking at Bill like, there he is, there’s my guy, and they were looking at me like, who does he think he is?

“But we made it very clear in the show that I’m not trying to replace [the late] Bobby [Hatfield], I’m just doing what we think Bobby would want to do and let’s keep this music alive. Bill needed somebody by his side to help him do that.”

The new combination has proven successful as this version of the Righteous Brothers has won over Vegas audiences and taken their show on the road, playing with the likes of the Beach Boys and the Temptations.

When COVID halted entertainment across the country, Heard kept busy with livestream shows with guitarist John Wedemeyer, and the positive response lead to some in-person performances at local venues. Those shows continue this week with gigs at the Italian American Club Wednesday and the Bootlegger Friday and Saturday.

“It’s been really cool and we’ve been able to bring in a bunch of different guests,” Heard says of the Bootlegger shows, which have helped jump-start live music at that legendary restaurant and lounge.

The Harrah’s show is scheduled to return in October but could come back earlier depending on the expected change in showroom restrictions on May 1, and Heard says the Righteous Brothers have booked some summer road shows as well.