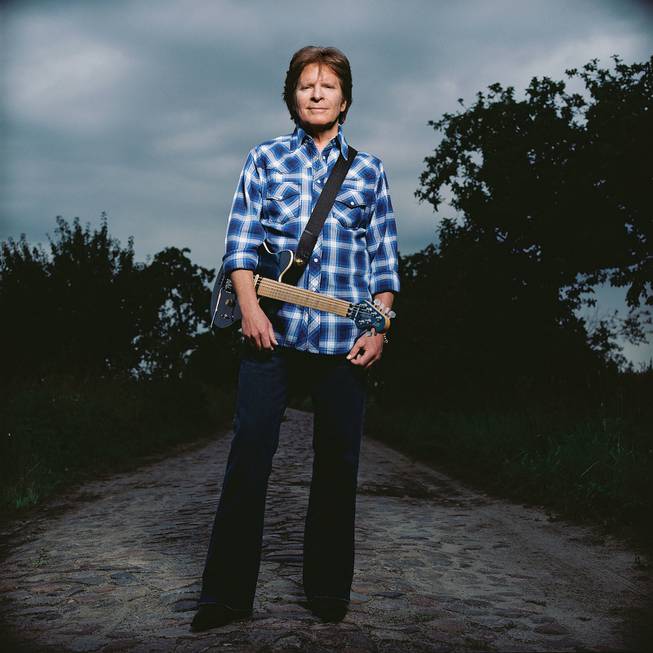 John Fogerty plays the first of a series of concerts at Wynn Las Vegas tonight.

John Fogerty has been performing his well-worn classic rock tunes in various Vegas showrooms in recent years and is happy to return to his current Strip home, Encore Theater at Wynn Las Vegas, for the first of six performances tonight.

“I believe the last time we were touring, we were doing ‘My 50-Year Trip,’ which had a lot of references and recollections about other music and what was symbolically represented by Woodstock,” Fogerty says on this week’s Sun on the Strip podcast. “In this case, for the near future I’m refocusing on my own recordings throughout my life, and certainly with my kids actually playing in the band, that’s a lot of fun for me to play my songs in that situation.”

The 76-year-old singer, songwriter and guitar player known for founding Creedence Clearwater Revival before embarking on a solo career spent the pandemic year with his family and continuing his rock-and-roll mission.

“The lockdown was just an opportunity to actually spend more time with music,” he says. “I have a little studio in my house and I can go in there during the times when my family didn’t need me, so I’d get some time recording and trying out things and writing as well, all the normal things that I always have done. But like everyone, the [pandemic] certainly changed the dynamic.”

Also like everyone else, Fogerty learned to appreciate the little things a bit more, including extra time to continue his disciplined practice of practicing guitar.

“I practice every single day and that keeps me connected,” he says. “I was very lucky, I got bit by the guitar bug way early. I don’t know how this happened in the days before the internet and Google, but somehow in a much slower [time] I was able to focus on heroes such as James Burton and Duane Eddy, and I didn’t even know Scotty Moore’s name until I was already famous. I think I was in the process of recording ‘Bad Moon Rising’ or something when an engineer mentioned his name, and to me he was always that guy who plays guitar with Elvis.”