The reopening of RuPaul’s Drag Race Live this month at the Flamingo Las Vegas was a monumental event for several reasons, perhaps most notably because it marked the return of one of the Strip’s hottest new shows. The flamboyant original production based on the Emmy Award-winning TV competition show made its initial Las Vegas debut in late January 2020, garnering rave reviews and building massive momentum before the pandemic set in and halted live entertainment everywhere.

“It was definitely disappointing, also because we had all been touring prior to coming to Las Vegas and we were looking forward to doing this show in one place and leading a somewhat normal life,” said Asia O’Hara, one of six stunning queens anchoring the cast. “Just when we thought we were getting comfortable and could take a deep breath and enjoy the show and our lives, it was shut down.

“But it’s great to be back and a lot of local entertainers have been saying that they feel like things are better now than the first time around (before the pandemic). As soon as I got into town, I drove down the Strip to see the lights and the people and feel the energy.”

If these talented performers are ready to bring that renewed energy to the stage, imagine how excited their audiences will be. 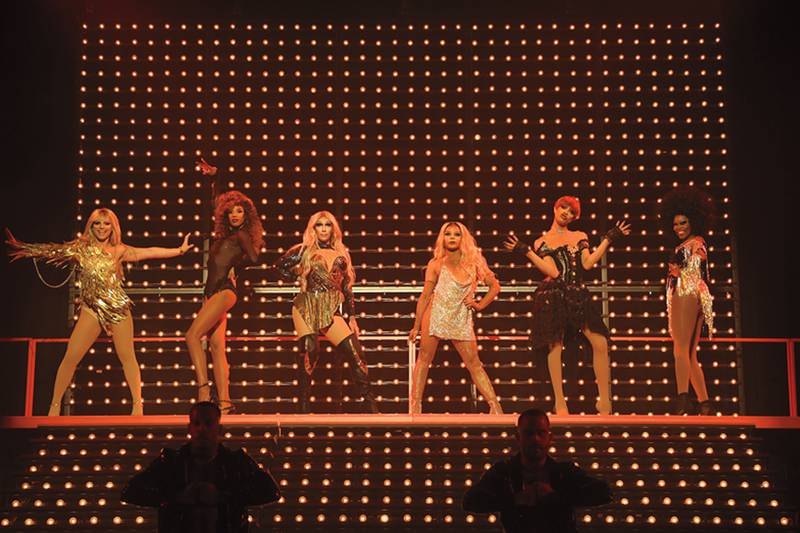 The classic Flamingo Showroom is the home of this vibrant, music and fashion-focused spectacle directed by RuPaul and Jamal Sims and produced by World of Wonder, the same team behind the hit TV show. It expands on that tried-and-true TV format with the competing queens showing off their skills in lip-sync, on the dance floor and on the runway, with the eye-popping performances bolstered by stunning sets and an engaging, party-ready soundtrack.

O’Hara serves as host, interacting with the audience and bringing out the other queens for their time to shine. Kameron Michaels, Derrick Barry, Naomi Smalls, Vanessa “Vanjie” Mateo and Yvie Oddly take turns displaying their distinct skills and style with interspersed video clips adding the right amount of “Mama Ru” to the glamorous proceedings and the six-man Pit Crew dance squad injecting extra sizzle. (The lineup is subject to change.)

“We definitely are taking the (time off) as an opportunity to improve things, just polish and clean the things we didn’t a chance to before,” O’Hara said. “As much as you rehearse and prepare, nothing can prepare you for the actual show in front of a live audience, and my role is a little different in Las Vegas because a lot of times we’re in front of people that may have never seen an episode of Drag Race. It’s my job every night to bring these people into our world.”

And that world can be very welcoming and empowering. But above all else, it’s a celebration of drag, an art form that has always had a place in Las Vegas. Now, with the popularity of the TV show helping to spread drag culture to a greater audience around the world, this spectacular new show seems like the perfect event to boost the entertainment comeback in Las Vegas.