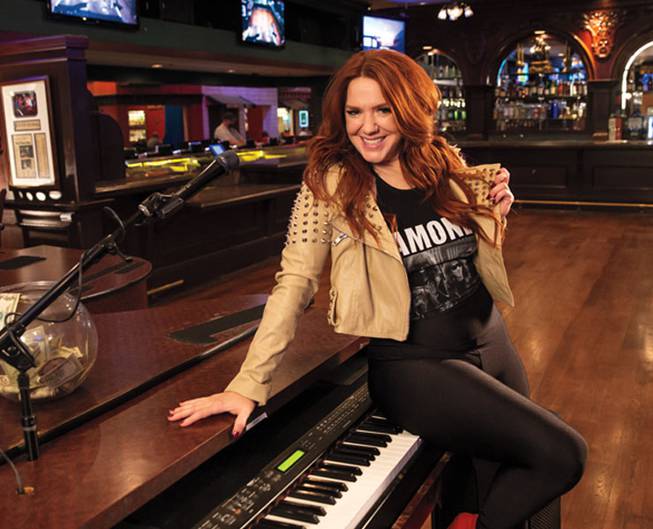 Singer, pianist, songwriter and comedian Sarah Hester Ross was taking a chance when she signed on for a self-produced limited engagement at Notoriety Live in downtown Las Vegas. The Thursday night show was originally set to run throughout September and serve as a test run for a one-woman comedy and music show consisting of all original material.

The project was partially inspired by her success over the last year and a half on TikTok, the music-focused social media platform where she quickly attracted a massive following with short, funny videos. That following ended up following Ross to her regular Vegas gig playing in the dueling pianos show at the Bar at Times Square at New York-New York.

“When I went back to work at New York-New York, I had a bunch of people that knew me from TikTok show up and they knew my comedy bits,” she says on this week’s Sun on the Strip. “It’s lovely, but those are not my shows. I have partners and it’s an all-request kind of show.

“So I had this idea to put together a show as an experiment to see if I could get people to come. It’s always a hard process getting people out from behind the computers and in-person; real famous people have trouble doing that. So I wasn’t expecting it to be successful, but we’ve had great turnouts and people have been extremely supportive.”

So supportive, in fact, that Ross’ Thursday night event was extended through November 18. Now with a TikTok following of 1.7 million — and around 80,000 on Instagram plus songs with millions of streams — the entertainer is making the most of all of her live performances in Las Vegas. She’s hoping to transition her solo show to a touring project at some point in the near future, but she continues to find inspiration online for new material and overall creativity.

“I’m a professional comedian so I have a responsibility to be funny, but some of these people who are nurses, teachers or doctors, they are so funny and so creative and I love that about TikTok,” she says. “It really gives people a platform to be silly and creative when their normal jobs and normal lives don’t provide that opportunity, and it’s such a beautiful thing for creation and comedy.”