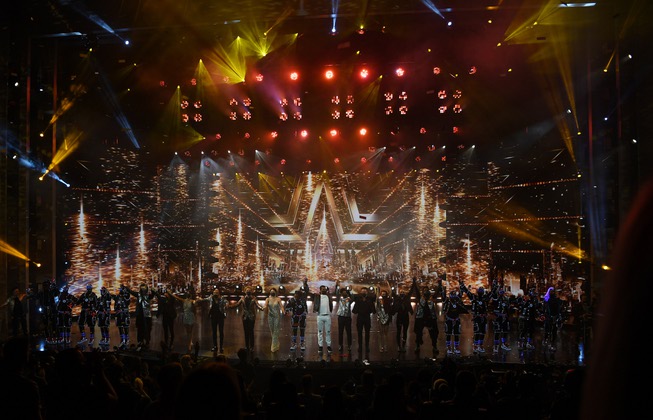 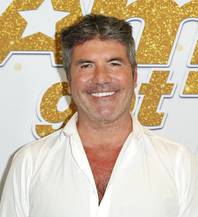 Las Vegas Strip production shows often take years to develop before they hit the stage, but few of those live entertainment experiences have been discussed and negotiated as long as “America’s Got Talent Las Vegas Live,” which opened at Luxor last week.

“I’d say for over 10 years we’ve been having conversations about this show,” said Simon Cowell, creator of the TV version of “AGT” and a famously critical judge on that show as well as “American Idol” and others. “About two years ago, after meeting with [executives at] MGM Resorts, it felt like we finally found the right partners and suddenly we were going to do it. Now it’s here, and it’s a bit surreal.”

The new Vegas show made its debut on November 4 at the 1,500-seat Luxor Theater, previously home to Cirque du Soleil’s “R.U.N” and Criss Angel’s “Mindfreak” and “Believe” productions. Starring artists who have already made an impact and impressed audiences on TV’s “AGT” — such as the most recent winner of the competition, magician Dustin Tavella, along with singer Kodi Lee, comedian Preacher Lawson, acrobatic act Duo Transcend and mind readers the Clairvoyants —it’s performed at 7 and 9:30 p.m. Wednesday through Sunday.

Cowell’s entertainment company Syco is the primary producer of the live show, along with the international company Fremantle.

Considering the TV show has spawned multiple Strip headlining shows from the likes of Terry Fator, Mat Franco, Shin Lim and dance outfit “iLuminate,” and recognizing how many other Vegas performers have raised their profiles on the small screen through “AGT,” it seemed inevitable that this production would come to life.

“Once we put the [TV] show in the Dolby Theatre in Los Angeles for the live finals that people could come to, we’ve gotten so many requests for tickets from people coming with their families and having the best time,” Cowell said. “I’m hoping the show in Vegas has that same kind of effect. I’ve always said you have to see it in real life instead of just watching on TV because to be that close up to something, to hear these singers and see the acts, it’s a whole different experience. And honestly, for me it’s a dream come true. I never ever thought I would have a show on in Vegas.”

“AGT Live” plans to rotate different performers from the TV show into the cast over time, and the lineup is designed for maximum diversity. The opening version offers music, dance, comedy, magic, spoken-word poetry, stunt acts and more.

The brand-name is well-known, always an important asset for a new Vegas show, but the production also recalls traditional variety shows that have thrived through different eras of Strip entertainment.

“It’s almost like you’re trying to create your perfect final on the TV show,” Cowell said. “It’s a mixture of everything that’s made the main show work, trying to find that perfect balance and also finding people who wanted to be on the [Vegas] show. We wanted people who have always dreamt of having their own show because we’re furthering the opportunity to enable them to do that.

“And that’s becoming more and more important on the [TV] show. Everyone we meet and talk to, we ask, ‘What is your dream?’ And they always say they want to go to Vegas. No one talks about recording contracts anymore, they only want Vegas.”

The show has only just begun, but the future looks bright. Cowell said he can envision having the “America’s Got Talent” live TV finals filmed in Las Vegas as well.

“We’ve got to do it. We did it in New York for a few years, and I love the Dolby Theatre, but I think doing live shows there in Las Vegas would be a whole different experience.”