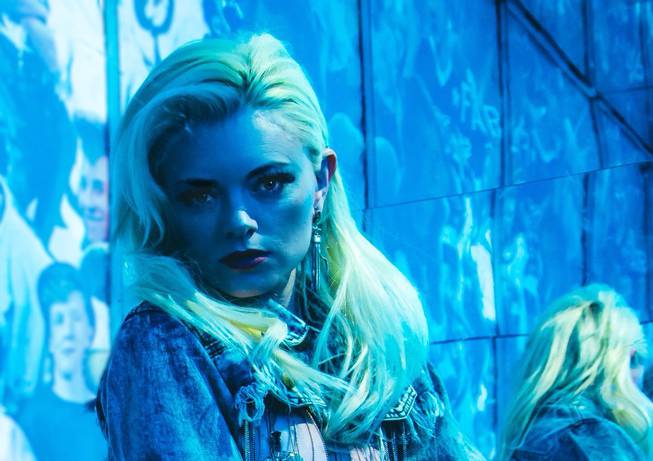 Ruby Lewis performs this week at Notoriety at downtown’s Neonopolis.

Best-known in Las Vegas for her emotional performances in “Baz” and “Marilyn the Musical,” singer and actress Ruby Lewis has crafted an exciting career by fully immersing herself into a unique character for every performance. It could be on Broadway or on the Vegas Strip, or it could be a small TV role or singing a cover song. She’s always all the way in on it.

“I really think it helps me to choose a character or drop into a character,” Lewis says on this week’s Sun on the Strip podcast, referring to a recent performance for Mondays Dark where she sang a Florence and the Machine hit. “I was doing ‘Dog Days Are Over’ and I hadn’t really broken down those lyrics before. When I realized it was about this abused woman who was completely broken down and busting out of this relationship, it completely changed the character for me. I try to put myself into that character as much as I can and that’s the fun of it for me, and that’s why I love songs that really tell a story.”

Lewis will be telling a different story when she debuts her first original single Thursday night at Notoriety, the entertainment venue at Neonopolis on Fremont Street. The show and the song are both called “Shock Value,” and she’s exploring some familiar themes onstage and in the studio.

“I just started thinking about shock value and what does it mean, and is it even possible to use it in this day and age,” she says. “And then I thought how fun it would be to pay homage to those artists that leaned into that. I built the show around the idea of censorship and what’s appropriate and what shocks or has shocked people.”

Presenting a song she wrote is something new, and while she created “Shock Value” before the pandemic left Lewis with plenty of extra time on her hands, the long and challenging year has brought extra meaning to the song and allowed for a different creative approach.

“If anything, 2020 taught me to just go for it, put yourself out there and take the risk. What’s the worst that’s going to happen?”