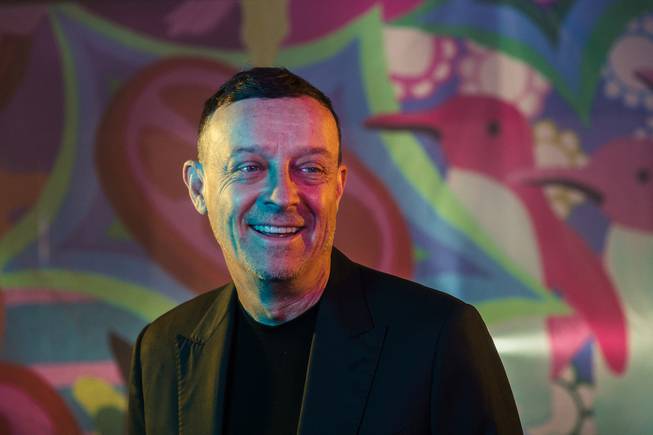 Ross Mollison and the Spiegelworld team just reopened “Opium” at the Cosmopolitan and debuted the Superfrico restaurant project.

Las Vegas knows Spiegelworld for its trio of edgy, hilarious, unique variety shows. But back before its first production “Absinthe” landed at Caesars Palace, the upstart entertainment company with a circus-folk mentality also dabbled in dining.

On this week’s episode of the Sun on the Strip, Spiegelworld founder Ross Mollison explains how combining live entertainment with equally fun food and beverage has always been in his company’s DNA.

“It’s been a passion of ours for years and we’ve been going around the world looking at dinner theater models and combinations to come up with something we think works for Vegas rather than import an idea from another market,” he says. “Our patrons … are a fairly fast-moving group. They hit Vegas and they’ve got a lot to do and they want to get around and see a lot of things.”

That’s why Spiegelworld’s offerings at the Cosmopolitan, the recently reopened space-themed show “Opium” and the brand-new Italian restaurant Superfrico, were designed to move fast and allow maximum flexibility for Vegas visitors.

“The show is fast and the restaurant can be whatever you want it to be,” Mollison says. “You can come just to have the signature dirty martini or you might sit down and have a full-on … menu for four hours. It just really depends on what purpose you’re seeking and we cater to all those different things.”

Spiegelworld’s other shows, “Absinthe” at Caesars and “Atomic Saloon show” at the Grand Canal Shoppes at Venetian, have been up and running for months after last year’s shutdown, and getting “Opium” back onstage felt like “a celebration, but also a sigh of relief,” says the Australian producer.

The company’s deal with the Cosmopolitan to take over the adjacent restaurant space formerly home to Rose. Rabbit. Lie. was announced earlier this year, allowing Spiegelworld to continue its mission to create a vibrant Vegas entertainment and dining experience in a single location.

“I think the way the restaurant industry views their position is, we need all the restaurants open to make [Las Vegas] such a great destination, and the entertainment industry has realized this through COVID,” Mollison says. “We don’t compete against each other as much as we compete to make our shows as great as possible and we can all have sold-out shows if the shows are great.”