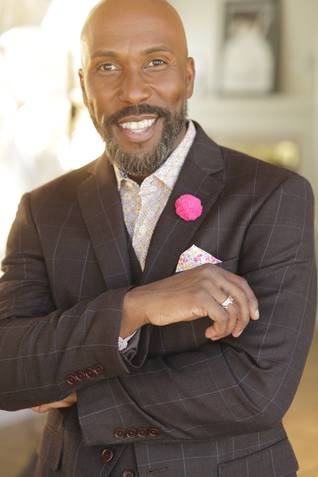 Eric Jordan Young can be seen performing at the Italian American Club and the Space this month.

Eric Jordan Young has performed in countless Las Vegas shows, everything from Broadway transplant “Starlight Express” at the Las Vegas Hilton in the 1990s to the vibrant “Cocktail Cabaret” at Cleopatra’s Barge at Caesars Palace in recent years.

While virtual performances have been a big part of his pandemic year, Young has also been able to hit the stage in front of live audiences at a few smaller venues and he’s helping bring “Cocktail Cabaret” back to life at the Italian American Club this weekend, scheduled for two shows on March 7.

“You’re getting the same show. It’s ‘Cocktail Cabaret’ proper, just on a proscenium stage,” he says on this week’s Sun on the Strip podcast. “Last year we did a mini-tour in Florida as well as a couple shows at Notoriety downtown, and we were one of the first shows to go in there. It’s a year later and we’re going to jump back into it and I think it will be a lot of fun.”

The fun continues on March 13 at the Space when Young re-teams with pianist Philip Fortenberry, who performed the music for the HBO Liberace film “Behind the Candelabra,” for an original musical production dubbed “In This Moment.”

“I chose to name it ‘In This Moment’ because I didn’t know what the moment would be,” Young says. “March 13 is one year to the day that I was laid off. I was working for Norwegian Cruise Line directing a production of ‘Footloose’ on one of their ships, and that was the day everything shut down and I flew back here from Tampa, Florida.

“That was a pretty jarring day. So I wanted to do something that would encompass all the different shows I did over the past year, virtuals and showcases and new and different material. And I’m going to talk about how I feel and how we all feel, and where we’re going with Vegas getting ready to open up again.”

An accomplished actor, singer, dancer, choreographer, producer and director with loads of stage credits in Las Vegas and on Broadway, Young spent most of his 2020 downtime exploring his personal creative pursuits. When the original holiday show he helped assemble for the Venetian was cancelled due to intensifying winter COVID restrictions, he realized how much he enjoys working behind the scenes.

“I don’t think I could ever stop performing. There’s a satisfaction that I get when I’m able to share my voice and my body as a dancer and actor that is kind of like a wonderful high,” he says. “But I also find that in being a director and choreographer as well. I love being behind the table and seeing things I’ve created come to be. I want to continue to build shows and do projects and collaborate with people on that level.”