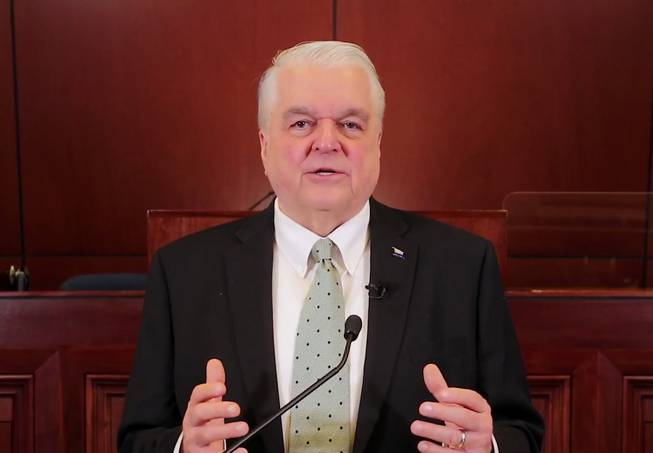 The required 25-foot setback between onstage performers and audience members that has challenged the comeback of Las Vegas production shows is no more.

State officials submitted new recommendations today in response to a request by Gov. Steve Sisolak to reevaluate the rule and other live entertainment and musical performance mitigation measures, and Sisolak signed an emergency directive updating the minimum distance to six feet if performers are wearing a face covering and 12 feet when performers are unmasked.

The minimum distance requirements apply to all live entertainment and performances at all sizes of public gatherings and events. The changes are effective immediately and have been updated in Nevada Health Response issued guidance.

Several show producers and venue operators have been lobbying to reduce the distance requirement since such live entertainment events were allowed to reopen at limited capacities in the fall. Some smaller venues have been unable to reopen because of the 25-foot requirement, despite the recent loosening of other restrictions allowing larger audiences.

“This is amazing news,” said Angela Stabile, whose Stabile Productions has been operating three different shows at Harrah’s and the Flamingo on the Strip. “We will be able to get more capacity in ‘X Burlesque’ as well as ‘X Country’ and ‘Piff the Magic Dragon’ and finally plan on relaunching ‘X Rocks’ as soon as possible.

“It was an extreme guideline to begin with. This is another step in the right direction.”

Ross Mollison, founder of Spiegelworld and producer of three shows at three different Strip casino properties, said the removal of the 25-foot restriction is critical in getting more Vegas theaters open again.

“We are delighted with the fall in hospitalization [numbers] and numbers of infections and delighted to see the Governor allowing us to get all of our shows back onstage after being shut now for 12 months.”

Spiegelworld’s “Absinthe” was already set to reopen on March 17 at Caesars Palace and Mollison said he should know in about a week how soon “Opium” at the Cosmopolitan and “Atomic Saloon show” at the Venetian will be able to return to live performances.

Other shows including “The Australian Bee Gees show” at Excalibur, David Copperfield at MGM Grand and Terry Fator at New York-New York were planning to resume performances this month, and other smaller venue productions are expected to fast-track reopening plans with this update.