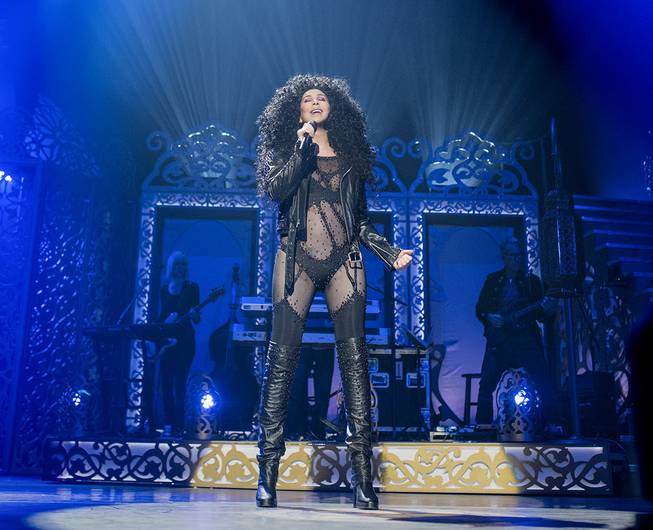 When Cher takes it back to the 1980s, the crowd goes wild.

Update: AEG Presents announced today that Cher has extended her residency at Park Theater with six new show dates in February 2020. Tickets go on sale August 30. Cher will close out her 2019 shows on September 1.

There is only one Cher, of course, and she currently occupies a singular spot on the Strip entertainment landscape. She’s the only entertainer with a big-room show who also has deeper Las Vegas roots. The other acts playing Park Theater (Lady Gaga, Bruno Mars, Aerosmith) have just begun their Vegas residencies. Cher has been playing the Strip for decades and took her first turn as a resident at the Colosseum at Caesars Palace from 2008 through 2011.

Celine Dion said goodbye to that venue earlier this summer and while the Colosseum still has shows on the books from Rod Stewart, Mariah Carey and Reba McEntire with Brooks & Dunn — and a new residency from Sting coming up — Cher is the only multi-generational performer that can sit atop that solo legacy artist category and fill up one of three huge residency rooms on the Strip. Her “Classic Cher” production is apparently winding down at Park Theater this week, so it’s time to catch this icon in Vegas while you can.

When Cher signed on with MGM Resorts for this run, it was a two-city gig. She opened at Park Theater in February of 2017 and moved to the new Theater at MGM National Harbor in the nation’s capital the following month.

When I caught opening night of “Classic Cher” more than two years ago, it was a glamorous and comprehensive career-spanning production with lots of extra elements and even more costume changes, a fitting celebration of this unique entertainer’s body of work. When I saw it again Friday night, it was more of the same, a bit more finely tuned but similarly saturated with the humor and charisma of its 73-year-old star.

After a couple of songs, Cher told a long, funny story recalling the days around her 40th birthday, when she was on the verge of a major breakthrough in film and about to be cast in “The Witches of Eastwick” with Jack Nicholson, Michelle Pfeiffer and Susan Sarandon. That’s the kind of charming improvisation you can only get with Cher; other headliners certainly mix storytelling into the music, but it’s not the same. She’s Cher.

She’s still doing a video duet with the late Sonny Bono for “I Got You Babe.” She’s still riding onstage aboard a massive elephant puppet and later leading the audience through a disco dance party while singing ABBA hits from her role in “Mamma Mia! Here We Go Again.” And she’s still donning that racy Bob Mackie outfit from the iconic 1989 video for “If I Could Turn Back Time.” For whatever reason, those ’80s rock hits really resonate with today’s Vegas audience, generating a deafening standing ovation Friday night. She’s also the rare resident that performs multiple genres during the course of her show while others mostly stick to the song styles that made them famous.