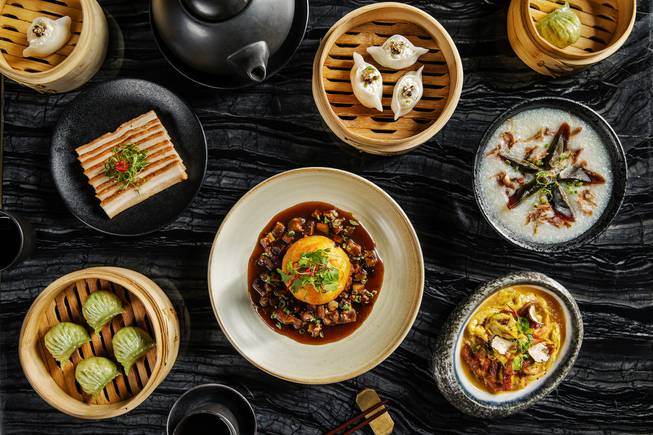 Welcome to the inaugural installation of Taste Trends, a new weekend column from the Sun focused on delicious dining developments throughout the Las Vegas area. If the local restaurant and bar scene is something you’re always interested in, you should also tune in to Las Vegas Weekly’s Second Helping food podcast, released monthly at YouTube and Apple Podcasts. Let’s dig in! 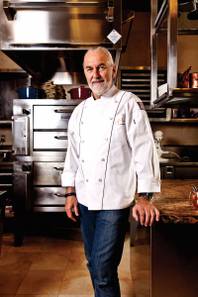 Hubert Keller has remade the restaurant rules for decades in Vegas, San Francisco and beyond.

One of Las Vegas’ most iconic chefs launches the new season of his Vegas PBS TV show “Secrets of a Chef” on January 11. Hubert Keller of Fleur and Burger Bar at Mandalay Bay will feature Las Vegas (as well as San Francisco and Rio de Janeiro) in the new episodes. Keller, a longtime Vegas resident, filmed segments with some of his favorite chefs at Chica at Venetian, Mon Ami Gabi at Paris Las Vegas, Sparrow + Wolf, Piero’s, Momofuku at the Cosmopolitan, Raku, Mordeo, Lago at Bellagio, the Black Sheep, Esther’s Kitchen, Atomic Liquors and more.

Some significant Strip restaurants opened their doors for the first time over the two-week holiday stretch. International Smoke, a collaboration between chef Michael Mina and restaurateur and TV personality Ayesha Curry, opened on December 30 at MGM Grand in Mina’s former Pub 1842 space. Curry’s husband, Golden State Warriors guard Stephen Curry, and hip-hop star Drake were onsite for opening night. The fifth location of International Smoke is open daily from 5 to 10 p.m. and serves of menu of global cuisine with a focus on woodfired preparation. Mayfair Supper Club, which is much more than a restaurant with its evolving live entertainment offerings and views of the Fountains of Bellagio, made its anticipated debut on New Year’s Eve and is open nightly at 5 p.m. for supper and club. Service runs until midnight most nights and until 3 a.m. Friday and Saturday with varied menus for late night dining and Jazz Sundays. Dishes already being buzzed about include Mishima Farms Wagyu prime rib, Dover sole Veronique and the edible chocolate and hazelnut cigar dessert showpiece. Diablo’s Cantina, once a popular Strip-side Mexican restaurant at the Monte Carlo, opened its second location just before Christmas at the Mirage in the space formerly occupied by LVB Burger. It’s open daily at 11 a.m. for lunch and dinner. Diablo’s also operates on the mezzanine level at Luxor. And chef David Chang’s Majordomo, an expansion of his Los Angeles restaurant specializing in smoked whole plate short ribs, prime rib and other meat and seafood dishes, officially opened on December 30 at Palazzo. Chang, who opened his first Vegas spot Momofuku at the Cosmopolitan in early 2017, is also finishing up his new slider concept Moon Palace just across from Majordomo, which is open daily from 5:30 to 10:30 p.m. in the space formerly occupied by Mario Batali’s Carnevino steakhouse.

Nearby at Palazzo, Hong Kong transplant Mott 32 will debut its Bottomless Brunch on Jan. 12, set for 11 a.m. to 2 p.m. every Sunday and featuring an array of hand-crafted dim sum, soup, seafood and meat small plates, rice and noodle dishes with dessert for $58 per person. A free-flowing beverage package can be added for an additional $34 per person, which includes bottomless Moët and Chandon Champagne and the Aurora cocktail made with Ketel One peach.

The Flamingo has unveiled plans for Bugsy & Meyer’s Steakhouse, a $10 million restaurant scheduled to open early this year in the former Center Cut space near the resort’s pool and wildlife habitat. Those plans include an entry through a bakery façade and past a dry-aged meat cooler to provide a speakeasy, Goodfellas-only feel. Studio K Creative and Jonathan Adler have designed the space, which will feature one-of-a-kind black-and-white artwork, a lush green patio, large booths and three private dining rooms. The Count Room will be the private bar and lounge in the back, and the menu will encompass steakhouse classics, throwback dishes, raw bar offerings and tableside preparations.

Tons of Strip-area restaurants will be serving up specials aimed at attendees of this week’s annual Consumer Electronics show. Here are a couple of standouts: La Cave Wine & Food Hideaway at Wynn Las Vegas offers an exclusive wine flight Tuesday through Friday including pours of Burgundy, Pinot Noir, Super Tuscan and Cabernet Sauvignon for $80. Signature dishes will also be available, such as beef filet crostini and charred octopus with fingerling potatoes. And the Cosmopolitan features power lunches for dining in or to-go at its eateries China Poblano, District Donuts, Estiatorio Milos and Momofuku. Prices vary but you can’t lose with the acclaimed Milos lunch special of three courses for $29.

Speaking of the Cosmo, the swanky lobby-adjacent Vesper Bar has been renovated and is now open for cocktail business. Expect updated jewel tones on the lounge seating, a light installation with brass pipes above the space and red Rosso Levanto marble on the bar with burgundy leather stools. The cocktail menu is similarly refreshed and separated into Classics and Reimagined Interpretations sections. Vesper is open all the time, every day.

There are new around-the-clock menu items available at — wait for it — Crazy Horse 3, the gentlemens’ club on Russell Road just off the Strip. Chicken and bacon waffles with berry butter, teriyaki bowls with chicken or steak, apple-cranberry spinach salad and Nutella pizza with strawberries, cinnamon and powdered sugar should sweeten your next visit.

Wing Fest is coming to Las Vegas. Produced by EatertainMint Events, the chicken wing festival is set for 1 p.m. on March 1 at Hofbräuhas Las Vegas and a limited number of early bird tickets are available for $10 at wingfestvegas.evenbrite.com. The fest will include samples from various wing shops and guests 21 and over will receive a free beer with admission.