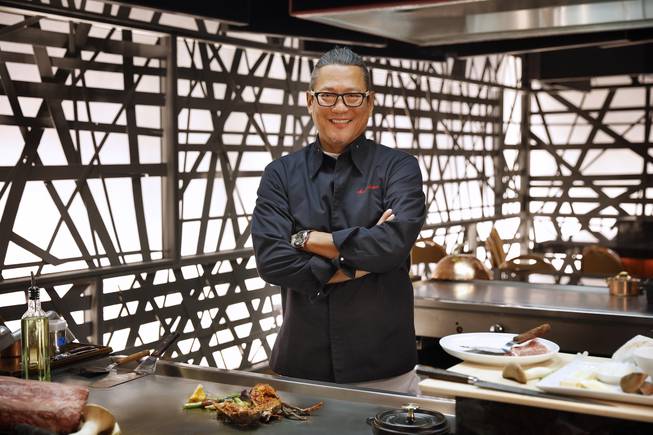 Chef Masaharu Morimoto is taking a turn in the kitchen at Manzo at Eataly Las Vegas.

Masaharu Morimoto, known for conquering “Iron Chef” and for his Japanese restaurant at MGM Grand, will launch the inaugural guest chef series at Manzo inside Eataly Las Vegas at Park MGM on March 5 at 6 p.m.

Manzo, the Italian grill and bar located near the casino entrance to Eataly, specializes in meats, seafood and vegetables from the custom three-tiered, wood-burning grill. The new guest chef experience will allow a visiting culinary superstar to team with executive chef Arnold Corpuz to create a collaborative entrée that will be available on Manzo’s menu all month long.

Morimoto will kick things off with a traditional gyoza dumpling that incorporates authentic Italian ingredients available at Eataly. The special will remain on the Manzo menu until March 31. For more information about the event or Eataly, visit eataly.com. 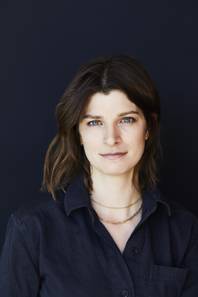 The long-awaited Vietnamese restaurant the Slanted Door is now set to open at the Forum Shops at Caesars Palace on March 2. Chef Charles Phan’s first project beyond the Bay Area, the restaurant was first announced in the spring of 2017 and is located near the recently opened True Food Kitchen & Bar just off Las Vegas Boulevard on the northern end of the Caesars property. Among its signature dishes are the Slanted Door spring rolls, crispy imperial rolls and Shaking beef. Vegas kitchen veteran Lanny Chin is chef de cuisine. The restaurant opens daily for dinner at 5:30 p.m.

Sarah Thompson has been named executive chef at Elio at Encore Las Vegas, set to open on March 19. Thompson previously served as executive sous chef at Cosme in New York City, where she worked with ATM Group founders and Elio creators Enrique Olvera, Santiago Perez and Daniela Soto-Innes. “Working with Daniela has taught me that Mexican food is about community, culture and family,” Thompson said. “We look forward to creating an environment where our guests can anticipate impeccable food, enjoy great company and just have a really good time.” Elio will open in the space formerly occupied by Andrea’s.

Distill’s Rainbow location will hold its first wine pairing dinner on March 12 featuring five courses with curated selection from J. Lohr Vineyards. The event will be in the upstairs private event space at 6945 S. Rainbow Boulevard and dinner starts at 7 p.m. Among the dishes are pan-seared scallops with curry-roasted creamed corn and roasted duck Coq Au Vin with black cherries and bacon lardons. Tickets are $60 and can be purchased at distillbar.com.