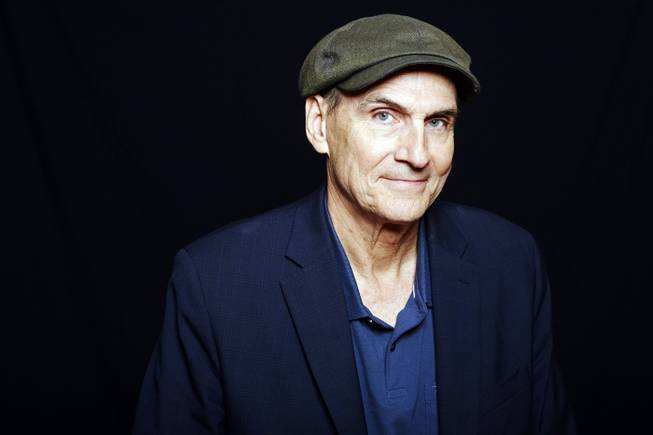 For the last four years, creating conversations with some of the most famous musicians, entertainers and Vegas personalities has been the biggest part of my job writing for the Las Vegas Sun, Las Vegas Weekly magazine and Las Vegas Magazine. I started 2019 by speaking with comedian Brad Williams, casino mogul Derek Stevens and Lady Gaga’s production designer LeRoy Bennett. I ended the year with interviews with celebrity chef Emeril Lagasse and super-producer Kenny “Babyface” Edmonds. That’s a pretty good year, but there were plenty of other notables throughout 2019.

In January I spoke with Wayne Newton about moving his show from Bally’s to Cleopatra’s Barge at Caesars Palace and the evolution of entertainment on the Strip:

“I think it’s finally come back to what it was when I came here. You could drive up and down the Strip and there was always a major star at each hotel. Now we’ve been moving back to that star policy and I’m thrilled about it because it’s really what started this town and started people coming here. There’s this new group coming here and making this their home venue and I think it’s a big plus and I see it continuing.”

In February I spoke with juggling comedian and all-around entertainer Jeff Civillico, who had recently extended his show at Paris Las Vegas but recently decided to leave his Strip gig to focus on corporate work and his nonprofit organization Win Win Entertainment:

“I love Vegas and I love everything about the Strip, but my mission right now is shining a spotlight on things people don’t know about Vegas or might not be familiar with. Like everybody else, entertainers are busy people but they want to give back, and I thought if I could create an easy way to do that, they would, and I’ve been proven right.” 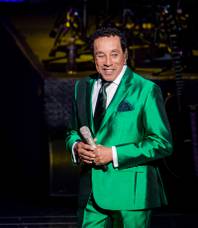 Later in February, I had the opportunity to meet with the legendary Smokey Robinson in a suite at Encore Las Vegas to talk about his shows at Encore Theater and maintaining the legacy of Motown:

“I am so proud, so very, very proud of what we have been able to accomplish with music at Motown. They still play those records all day long every day on the radio and they sound brand new. There are kids who haven’t been born who are going to hear that music and I’m proud of that. When I do concerts, there are people there with their children, kids 2 and 3 and 4 years old, sitting on their laps. And the first time I saw these people, they were on their parents’ laps. It’s a joy.”

In March I interviewed the Grammy-winning artist who had a residency at Park MGM this year. Nope, not Lady Gaga. It was musician and producer Mark Ronson, who was worked with some of the biggest pop artists of recent years (including Gaga) and recently returned to more frequent DJ gigs, including those at On the Record and JEMAA: The NoMad Pool Party:

“I think musically and sonically I’m always completely malleable for each artist, but one thing that stays the same is the mindset going into each project. How do I take what’s special about this person and amplify those traits by a thousand? When you’re working with people like Gaga and Bruno [Mars], those talents speak for themselves, but it’s always about how can I make the best possible record with this person, and sometimes being a therapist or cheerleader or dad or whatever it takes to get that great performance and get them and their fans excited.”

In April I spoke with James Taylor, who performed at the Colosseum at Caesars Palace this year. This was one of my most memorable interviews of any year:

“My songwriting has always been something I have so little control over. It seems to be something I channel, that sometimes I can summon, but I can’t direct it. I’m happy for whatever seems to be generated or what comes through. I remember starting out without an audience at all, with no idea of who the songs were directed toward, and just basically writing them for myself. But as things picked up, it creeps upstream in the process where you start to think about how people are going to react and what kind of effect it’s going to have. I find that’s not really helpful. It’s always best for me to be as surprised as the audience and that’s what I’m looking for.”

Comedian Seth Meyers and I also connected in April, before he performed at Wynn Las Vegas:

“I also don’t think people should get their news from comedians. I do think we’re not a bad second place to stop after you get the news. We try to provide some catharsis for people by laying it out honestly. Our whole purpose is to give it to you with as many jokes as possible, but I would think as a first source, you could do a lot better than getting your news from us.”

Another TV funnyman made a big splash in Las Vegas this year. Jimmy Kimmel opened his own comedy club on the Strip and I spoke to him at the grand opening in June: 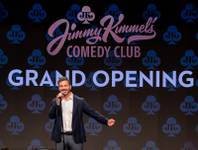 “I think it’s great that comedians have a number of venues to choose from and I think we certainly have enough people living here and coming to visit to support multiple comedy clubs. We built this from scratch. You’d be hard-pressed to find a comedy club that was built from scratch because most were clubs or bars that were converted. We set out to build a comedy club and make it perfect for the comics and for the audience. There are a lot of little things that people might not notice, but I hope the comics notice because everything we did was with a lot of consultation from a lot of the best comics in the United States. As far as that goes, the place is a home run, and I also wanted to make the food great. That’s very important to me.”

In August I spoke with Ben Vereen, the consummate entertainer who returned to perform at the Smith Center in 2019. He talked about his two biggest projects at the moment:

“’The ‘Bucket List’ show deals with reciprocity, about getting to that point in life where you’re faced with death and how do you resolve your life at that point, what do you do with your life now. It’s about what you want to leave behind and how you want people to remember you. And the other [show] is a personal expression of my journey and my career and all the things that affected my life as a performer. They’re both wonderful to work on and both [involve] telling the truth about yourself and sharing vulnerability with audiences. That’s what I’m trying to do.”

Later that month I interviewed one of the most acclaimed songwriters and musicians of his generation, David Crosby, before a rare Vegas show at the Red Rock Resort in September:

“Here’s what I’m looking at: I’m 78, I’m at the end of my life, which is okay. I’ve got a certain amount of time, whatever it is. The length of it isn’t significant, it’s what I do with it. I’ve got one thing I can do that could help anybody and that’s this music. Music makes things better and things are not good in the U.S. right now. These are hard times and we have a crazy president and there’s a lot of racism and bad [stuff]. People want to be lifted up and that’s what music can do.”