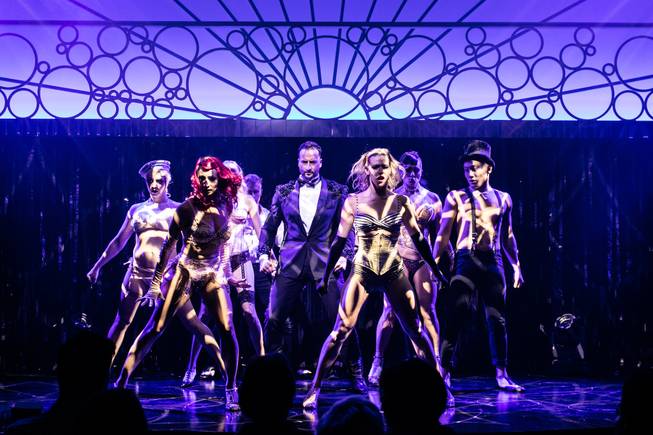 Something new is coming to SLS Las Vegas this week and it’s something the north Strip resort hasn’t had since it re-branded and re-opened in 2014 — a resident show.

“Blanc de Blanc” will make its Las Vegas debut on August 16 in the Foundry at SLS, a cabaret-style variety production with dancing, acrobatics, comedy and more. The Foundry was converted from the former Life Nightclub and has played host to concerts and other special events, while the smaller Sayers Club has been more actively used for SLS entertainment, most notably comedy shows from Eddie Griffin, Mo’Nique and others.

As the resort evolves into the new Sahara Las Vegas this fall under new owner Alex Meruelo, “Blanc de Blanc” could become a prominent part of the next version of this iconic Strip property.

“It’s great timing to be part of the renaissance of this venue and ‘Blanc de Blanc’ seems right at home in Las Vegas and going back to the roots of the Sahara,” says Scott Maidment, creator of the show and founding director of the Australian Strut & Fret Production House. “We are lucky to be a part of the great energy that has come to the property based on the reclaiming of that name. There is such a great history here. Even if it’s somebody who hasn’t been to Vegas before, the Sahara is such a well-known brand because of that amazing, rich history.”

Described as a “Champagne cabaret” and designed to open with sophistication and grow into a wild party as the show goes on, “Blanc de Blanc” seems to have some vintage vibes that would pair well with the perception of the Sahara brand.

“I don’t necessarily create a show with a market in mind, but when this show was created, a lot of people saw it and thought it would be perfect for Vegas,” says Maidment. “We always [thought] we might eventually do something in Vegas and we’ve been talking about this for the last three years.”

The show has toured and been performed at London’s Hippodrome Casino and the Sydney Opera House, just one of Strut & Fret’s hundreds of events that have taken place in more than 25 countries. Conceived and directed by Maidment, “Blanc de Blanc” is choreographed by Kevin Maher (who has worked with Justin Bieber, Britney Spears and Madonna) with costumes by James Browne (“Cabaret,” “Ghost”), lighting and set design by Philip Gladwell (“Magic Mike Live”) and music by Danish electronic artist Kenneth Bager.

“That metaphor of drinking a bottle of Champagne is really where the inspiration of the show came from,” says Maidment. “It starts out smooth and sophisticated and a little posh, but by the end of the night you’re a little giddy on your feet and maybe having a bit of a boogie, and totally engrossed in the experience. It really has an old-school, vintage glamour about it, and it [finishes] like a party in a nightclub.”

“Blanc de Blanc” will be performed at 7 p.m. Thursdays through Mondays with additional 9:30 p.m. shows on Saturdays at the Foundry at SLS Las Vegas (2535 Las Vegas Blvd. South, 702-761-7000) and more information can be found at blancvegas.com.