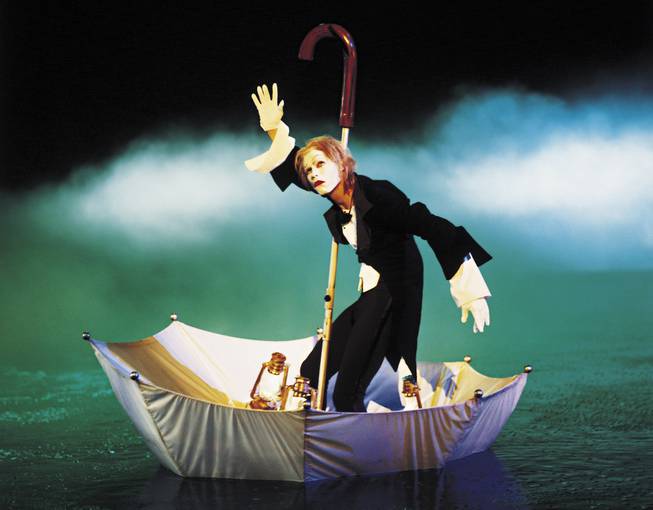 “O” reopens at Bellagio on July 1.

Cirque du Soleil announced last week that its two longest running Las Vegas Strip shows will be the Canadian company’s first resident productions to return their respective stages. “Mystére,” originally opened in 1993, will come alive again at Treasure Island on June 28, while “O” at Bellagio, which first arrived in 1998, reopens on July 1.

Most larger-scale Vegas shows have not been able to reopen yet as casinos, theaters and arenas navigate pandemic restrictions and protocols, but that is expected to change soon under Clark County’s safety plan when its approved by the state and capacity limits and social distancing requirements fade. And that means Cirque du Soleil will likely bring back its other Strip shows later this year.

“We will know in a few weeks how ticket sales are going for the first two shows,” said Daniel Lamarre, president and CEO of Cirque du Soleil Entertainment Group. “When I look to our crystal ball, Vegas is catching up much faster than we expected, and if that’s the case we might look at opening up ‘The Beatles LOVE’ [at Mirage] in July, ‘Michael Jackson ONE’ [at Mandalay Bay] sometime near the end of August and then ‘KÁ’ [at MGM Grand] in September or October.”

The reopenings of “O” and “Mystére” are being planned for full capacity without social distancing in their theaters of 1,800 and 1,600 seats, respectively. While the state will pass COVID mitigation plans and responsibilities to the county on May 1, casino venues will remain under the guidance of the Nevada Gaming Control Board. The board announced last week that casinos will be allowed to follow updated capacity limits (80%) and social distancing requirements (3 feet) as of May 1. 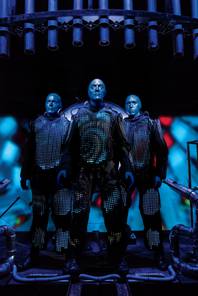 Lamarre said his company’s plans assume that vaccinations will continue to be distributed on pace and noted all Cirque employees will be vaccinated and will continue to be tested for the virus on a regular basis to ensure the safety of cast, crew and audiences.

“It is amazing to us because these are the two most iconic shows for Cirque. Both have played a major role in the growth of Cirque du Soleil worldwide and contributed to building the brand because of their success in Las Vegas,” Lamarre said. “For us it is very symbolic, not to mention how emotional it is to open those two shows first. When I made the announcement to our employees, there were a lot of tears. People see the openings of ‘Mystére’ and ‘O’ as a clear signal to the world that Cirque du Soleil is back.”

Cirque also owns the Blue Man Group’s show at Luxor after an acquisition in 2017, and that highly successful production will reopen in its 850-seat second-level theater on June 24. Audience interaction is a bigger part of the Blue Man show than the other productions Cirque has originated in Las Vegas, so that aspect will be minimized upon reopening, Lamarre said.

The intense, acrobatic athleticism and careful choreography that create such renowned spectacle in “Mystére” and “O” will require plenty of time and hard work to return to form. Cirque’s performers have been staying in shape over the course of the shutdown and are now returning to training and rehearsals.

“It’s very important when we open a show to the public that the quality is the same as it was a year ago,” Lamarre said. “The good news about our Vegas shows is that in general, with the cast and crews, 95 to 98 percent of everyone lives in Las Vegas and that makes it less complicated than other shows around the world. We stayed in touch regularly with our artists and have been supporting them as much as we can, and they are eager to be back in the theaters as soon as possible.”

Cirque du Soleil has become synonymous with Las Vegas entertainment over the past three decades and there’s no understating the significance of the return of these shows. In December, concert trade publication Pollstar estimated the live events industry had lost approximately $30 billion in 2020.

“Obviously we’ve been talking to people in the entertainment world and we have a lot of friends and connections in different companies around the world, and we’ve all been suffering at the same time while trying to help each other, trying to understand what was going on and how we could rebound,” Lamarre said. “One comment we heard the most is … when will Cirque be back, because that will mean the entertainment industry is back.”

“Mystére” reopens June 28 at Treasure Island and will initially be performed at 7 p.m. Friday through Tuesday with additional 9:30 p.m. shows Fridays and Saturdays. Ticket information can be found here.

“O” reopens July 1 at Bellagio and will initially be performed at 7 p.m. Wednesday through Sunday with additional 9:30 p.m. shows Fridays and Saturdays. Ticket information can be found here.

Blue Man Group reopens June 24 at Luxor and will be performed at 5 and 8 p.m. Thursday through Monday. Tickets go on sale April 29 and more information can be found here.