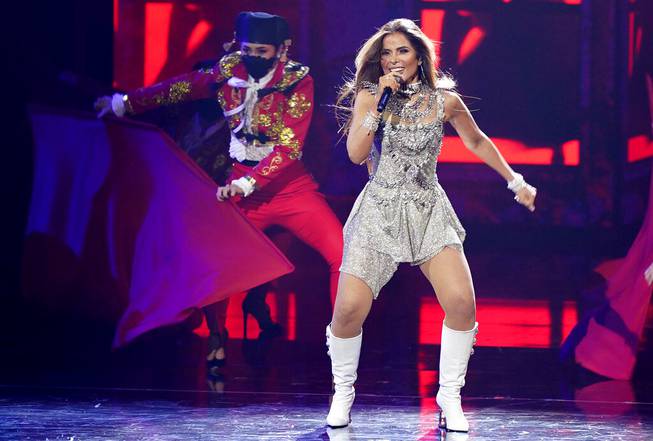 MIAMI — Bad Bunny topped Univision’s “Premio Lo Nuestro” awards with seven wins on a night that included a tribute to late Mexican singer-composer Armando Mazanero and performances by some of the biggest names in Latin music.

The performance packed show at Miami’s American Airlines Arena included performances by Selena Gomez and Luis Fonsi, who debuted his newest song, “Vacio.” The show, in its 33rd year, also included a tribute to salsa legend Johnny Pacheco, who died earlier this week at 85.

A total of 147 artists were nominated in 34 categories honoring various musical styles, including pop, urban, tropical and regional Mexican.

The show included the performance debuts of several new songs, including Anuel AA and Ozuna performing the songs “RD” and “Antes” from their “Los Dioses” album. CNCO also premiered their song “Tan Enamorados.”

Prince Royce joined the stage with Natti Natasha, who announced she was pregnant during the ceremony.