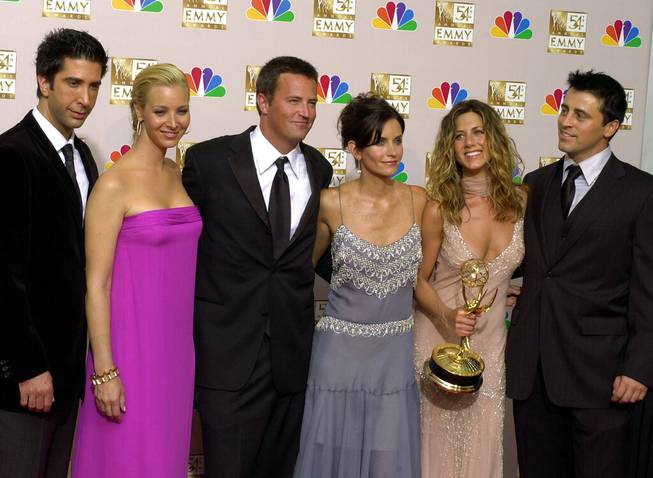 The company announced Friday that the entire original “Friends” cast will reunite for an unscripted special that will be available on HBO Max when the service debuts in May.

A reunion has been long-sought by fans of the NBC series, which ended its 236-episode run in 2004. HBO Max will also carry every episode of the sitcom, which has proved enduringly popular, including with young audiences who discovered the show when it was available on Netflix.

“Guess you could call this the one where they all got back together — we are reuniting with David, Jennifer, Courteney, Matt, Lisa, and Matthew for an HBO Max special that will be programmed alongside the entire ‘Friends’ library,” said Kevin Reilly, HBO Max’s chief content officer.

The special is being called a “celebration of the beloved show” and will be shot on the same Burbank, California, soundstage where the series filmed.

The stars posted identical Instagram posts of an old publicity photo of all them with the caption, “It’s happening.” LeBlanc’s post kept the same message but went farther back in TV history — he used a “M-A-S-H” cast photo instead.

The show’s stars and its co-creator, Marta Kauffman, have long fielded questions about a possible reunion. Rumblings of an unscripted reunion special picked up after the WarnerMedia announced it would launch its HBO Max service into the crowded streaming landscape.

It was also announced Friday that cable channel TBS will air the show’s entire run weekdays from 10 a.m. to 4 p.m.