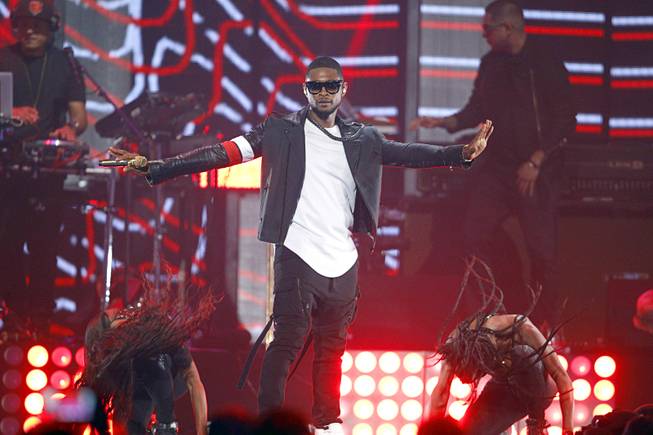 No one really knows when the superstar residencies on the Las Vegas Strip will be able to resume, but now we know the next performer set to join the ranks. Usher will headline at the Colosseum at Caesars Palace with an opening date scheduled for July 16, 2021.

“I have missed performing for my fans live and I am so excited to see them in Las Vegas,” Usher said in the announcement. “My residency at the Colosseum at Caesars Palace will be full of surprises and an Usher experience like they’ve never seen or heard before.”

The Colosseum is famously the birthplace of the modern headlining residency on the Strip, where Celine Dion began her successful run in 2003. In recent years the 4,300-seat theater has been home to residency shows from Rod Stewart, the country combo of Reba McEntire with Brooks & Dunn, Mariah Carey, Journey and Keith Urban. Sting’s “My Songs” residency was announced in April 2019 but was unable to launch as planned in May 2020 due to the pandemic and the shutdown of ticketed live entertainment in Las Vegas.

Usher, 41, has been a fixture on pop and R&B charts since breaking through as a teenager with his self-titled debut album on LaFace Records in 1994. His second album “My Way” spawned hit singles “You Make Me Wanna,” “Nice & Slow” and “My Way.” He has recorded eight studio albums with nine No. 1 hits and 18 top ten hits on the Billboard charts, and acted in dozens of movies including “She’s All That,” “Light It Up” and “Hustlers.” Usher also performed in a 2008 Broadway production of “Chicago.”

Citi is the official presale credit card of Usher’s residency and Citi cardmembers will have access to a presale of show tickets starting on September 7 at 10 a.m. In addition, Caesars Rewards members as well as Live Nation and Ticketmaster customers will have access to presales starting Sept. 8 at 10 a.m. All tickets and packages can be purchased at ticketmaster.com/ushervegas or at the Colosseum box office.

Usher, Live Nation Las Vegas and Caesars Entertainment will be donating $1 from every ticket purchased to Usher’s New Look Inc., the artist’s foundation that aims to transform the lives of underserved youth through empowerment curriculum and programming.