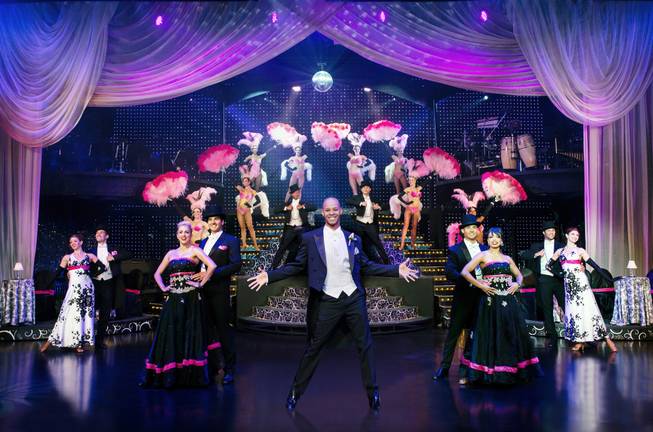 “Vegas! The show” celebrated its ninth anniversary on the Strip in June.

Prolific producer, writer and theater operator David Saxe was born and raised in Las Vegas. His mother was a dancer in “Folies Bergere,” his father was a bandleader and saxophone player who worked with the Rat Pack among other Vegas luminaries and his sister Melinda is a longtime headliner known as “The First Lady of Magic.”

With this pedigree, it’s no wonder that one of Saxe’s most successful shows, “Vegas! The show,” is loaded with vintage Vegas fun and music including an extended Rat Pack segment and dancers clad in classic showgirl costumes. It’s a lively homage to various bygone eras of the Strip and an incredibly satisfying experience for anyone who longs for the good old days or just wants a stronger connection to the Strip’s entertainment legacy. 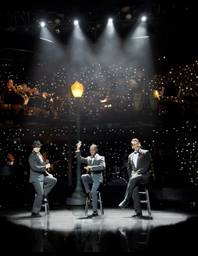 The Rat Pack segment is a standout slice of “Vegas! The show.”

Live music makes the difference. Under music director Pat Caddick and bandleader Jerry Lopez (of Santa Fe & the Fat City Horns), the “Vegas! The show” band blasts through the music of the ’50s, ’60s and ‘70s, bringing colorful life to favorites and standards from Elvis, Gladys Knight & the Pips, Tom Jones, Sonny & Cher, Tina Turner, Elton John and more. A rotating cast of talented vocalists take turns in the spotlight portraying different characters and presenting different genres in this fast-paced, efficiently designed production. The Rat Pack portion of the show remains a high point as Frank, Sammy and Dino each get some time to shine in a memorable, nostalgia-inducing set.

With an opening set at the Neon Museum’s boneyard of old casino signs and marquees, “Vegas! The show” really is a show about Las Vegas. That storytelling element is just one of the things that sets it apart from tribute shows and other greatest-hits musical productions on the Strip. Physical comedy from the Quiddlers, hula hoop showmanship by Mat Plendl and acrobatic juggling by Vladik are important acts that keep the show moving and add humor and whimsy to the proceedings.

The show celebrated nine years on June 26. If you find its longevity surprising, you probably haven’t seen the show, the very definition of a crowd-pleaser. “Vegas! The show” plays at 7 p.m. nightly with additional 9 p.m. shows Monday, Tuesday and Thursday at the Saxe Theater inside the Miracle Mile Shops at Planet Hollywood (3663 Las Vegas Blvd. South, 866-932-1818) and more information can be found at vegastheshow.com.