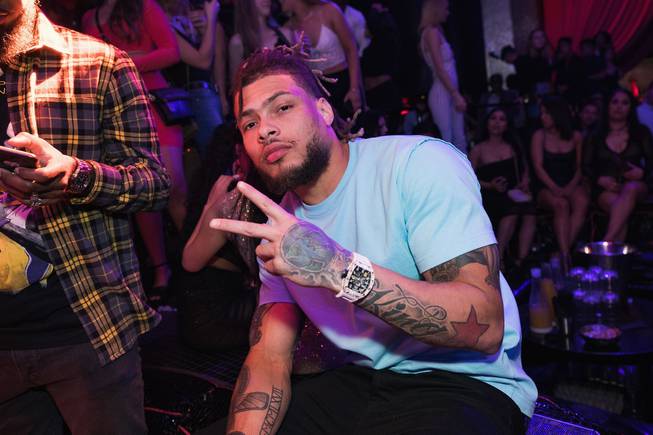 Kansas City Chiefs Travis Kelce, Tyrann Mathieu, LeSean McCoy and others celebrated their Super Bowl victory at Drai’s Nightclub at the Cromwell on Saturday night, cheered on by fans and onlookers at a VIP table branded with the team logo. Bottles of Don Julio 1942 and Patrón and magnums of Champagne were enjoyed as French Montana took the stage and amped up the party.

DJs gotta brunch too. Local resident and Las Vegas Strip nightclub staple Steve Aoki took his mom and girlfriend for a Sunday meal at the Stove in Henderson, enjoying avocado toast with scrambled tofu egg, vegan sausage, egg white frittata and cauliflower puree. Aoki lives in Anthem when he’s not flying around the world to play at the hottest venues on the planet.

Spotted at “Absinthe” at Caesars Palace: Pop music legend Neil Sedaka, way back on Wednesday, before his weekend concerts at the Orleans; Former star of “The Bachelor” Arie Luyendyk Jr. and his wife, Lauren, on Friday night; and on Sunday night, members of the Carolina Hurricanes took in the show after stealing a game from the Vegas Golden Knights at T-Mobile Arena on Saturday.