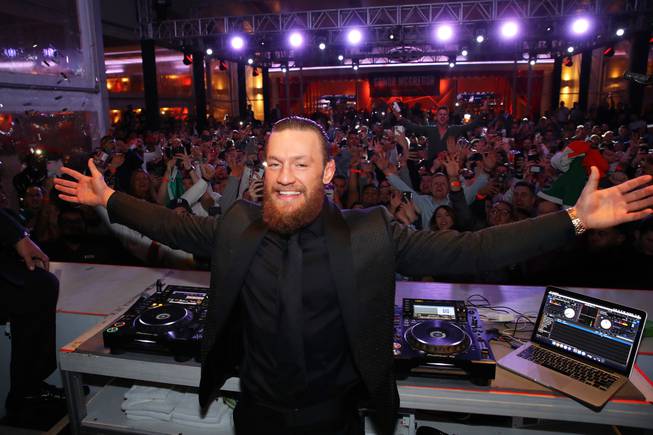 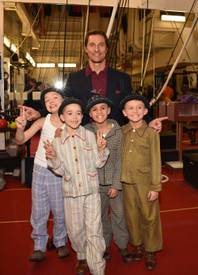 Matthew McConaughey with the young performers of “The Beatles LOVE.”

Also on Saturday night, Oscar winner and star of this week’s new crime flick “The Gentlemen” Matthew McConaughey took his wife Camila Alves and their three children to see “The Beatles LOVE” by Cirque du Soleil at the Mirage. The family was invited backstage before the show to get a sneak peek at the musical action. UFC legend Chuck Liddell caught the show Friday night.

Las Vegas Aces superstar Liz Cambage is back in town and made the rounds Saturday, attending the fight at T-Mobile, bumping into Jon Bon Jovi for a selfie and partying with DJ duo Loud Luxury at Hakkasan at MGM Grand. Cambage has been hosting a fundraiser for bushfire relief for her native Australia and you can contribute to the effort at GoFundMe. The Aces unveiled the 2020 season schedule last week and Cambage and her teammates open play on May 17 against Dallas at Mandalay Bay Events Center.

On Wednesday night, Alyssa Edwards of Netflix show “Dancing Queen” attended “Celestia” at the STRAT while celebrating her birthday in Las Vegas. She was joined by fellow “RuPaul’s Drag Race” alum Coco Montrese.