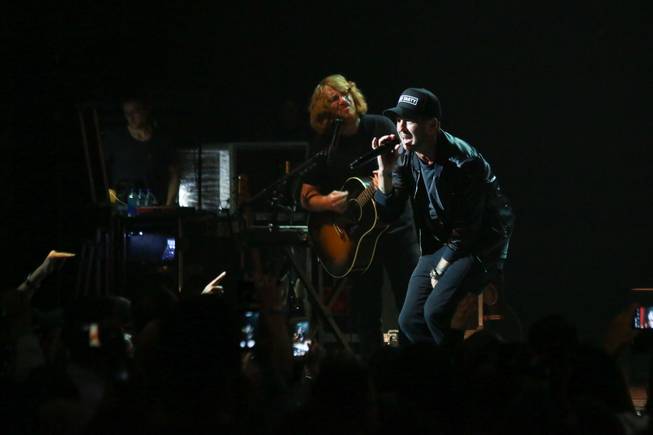 OneRepublic performs at the Pearl on September 13.

Among the many blockbuster concerts that took place over Mexican Independence Day weekend on and off the Las Vegas Strip, the final shows by Bruno Mars at Park Theater closed out a residency gig the same way it was started: sold out. The final tally was 26 sold-out shows at the sizzling-hot, 5,300-seat Park MGM venue for Mars, before, during and after his 24K Magic World Tour. That’s a run to remember.

Houston Rockets star James Harden was spotted in the crowd at the very first Las Vegas Aces WNBA Playoffs game Sunday afternoon at the Thomas & Mack Center. Harden was just as thrilled as everyone else when Dearica Hamby made a miraculous steal and long-distance three-pointer to steal victory for the Aces over the Chicago Sky. I was there and it was one of the most exciting basketball moments I’ve ever seen at the Mack — and that’s obviously saying something. 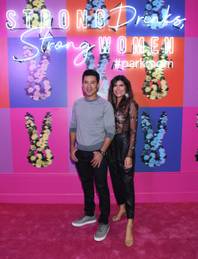 More concert talk: At Friday night’s OneRepublic show at the Pearl at the Palms, frontman and hit-making producer Ryan Tedder disclosed that the band has been working on its next album right here in Las Vegas at the Studio at the Palms. The facility is also where the group’s first hit was recorded, 2005’s “Apologize.”

Park MGM has once again created the hottest new nightspot on the Strip. This time it’s Mama Rabbit, the mezcal and tequila bar and lounge co-created by L.A. restaurateur Bricia Lopez. The colorful and cool venue located between On the Record and Best Friend celebrated its grand opening over the weekend with a Friday night party hosted by TV’s Mario Lopez.

On Saturday night, “That 70s show” actor Wilmer Valderrama dined with Latin recording artists Maluma and Prince Royce at Beauty & Essex at the Cosmopolitan after Maluma’s show at Mandalay Bay Events Center. Also at the hip restaurant were Marquee Nightclub resident performers Travis Scott and Sheck Wes, before Scott’s show at the Cosmo club late Saturday. The rapper will return to Las Vegas to co-headline the Day N Vegas Festival in November.