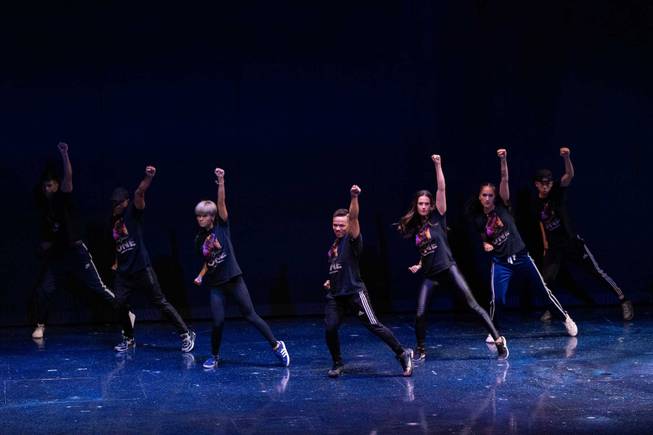 “Michael Jackson ONE” dancers rehearse during a special event on August 29. 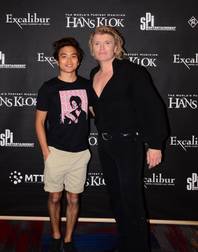 On Thursday, Cirque du Soleil and the estate of Michael Jackson welcomed fans from around the world to Mandalay Bay, home of “Michael Jackson ONE,” for a behind-the-scenes look at the show in honor of the king of pop’s birthday. Dancers rehearsed their performance of “Beat It” with renowned choreographers Rich and Tone Talauega in front of fans, followed by a Q&A session and a surprise freestyle performance. Joe Vogel, author of “Man in the Music,” and designer Michael Bush, author of “The King of Style,” signed their books and chatted with fans before a special birthday cake closed the day-long party. “Michael Jackson ONE” is performed at 7 and 9:30 p.m. Thursday through Monday at its eponymous theater at Mandalay Bay.

Shin Lim was back on the Strip for more sold-out shows at the Mirage over the weekend and the rising star magician took some time out on Thursday night to catch “Hans Klok: The World’s Fastest Magician” at the Thunderland Showroom at Excalibur.

The Las Vegas Aces notched a big come-from-behind victory Saturday night in front of one of its loudest and craziest crowds ever at Mandalay Bay Events Center, defeating the Los Angeles Sparks in front of 8,430 fans. Maybe the team got a little extra boost from a halftime performance from Terry Fator, who sang a two-song duet with his new David Bowie puppet.

Lady Antebellum wrapped up its 15-show residency at the Palms’ Pearl Theater Saturday night, another musical celebration of its hit pop-country style with a stripped-down, intimate set in the middle of the concert featuring guest appearances by songwriter friends. “It’s hard to believe that this chapter has come to an end,” said Lady A’s Hillary Scott. “Every touring opportunity we’ve had has led us to Vegas and having this residency has been such a milestone in our career. It was a bittersweet feeling to step on that stage for the last time, but my goodness has it been a gift.”

R&B artist Trey Songz celebrated the 10th anniversary of his hit album “Ready” with a club residency show at Drai’s Nightclub at the Cromwell Sunday night, joined onstage by rappers Jeezy and 2 Chainz to perform “SupaFreak,” “It’s a Vibe” and “No Problem.” Spotted in the crowd were boxing legend Floyd Mayweather, producer and artist Akon and hip-hop duo Rae Sremmurd.