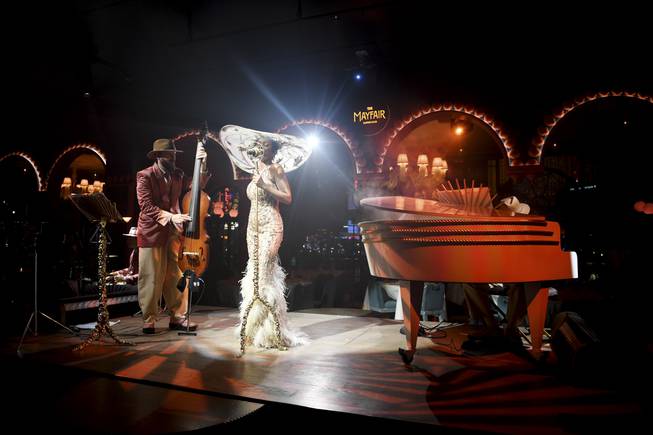 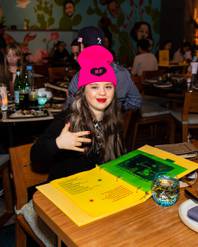 I hit the Bellagio for my first Mayfair Supper Club experience Friday night and while my table had a great view of the new venue’s stage with the legendary fountains serving as a cinematic backdrop, music and TV legend Paul Shaffer had the preferred corner booth. Seems fair. He was dining with friends on prime rib, Dover sole, tomato salad and Baked Alaska and paying close attention to the electrifying live entertainment at the innovative new venue. MGM Resorts International executives were also part of his group, so don’t be surprised if we see Shaffer signing up for duty at a Strip venue soon. He’s played at Cleopatra’s Barge at Caesars Palace in recent years and would be an ideal fit at the Mayfair or at NoMad Las Vegas at Park MGM. On Thursday night, “Back to the Future” star Christopher Lloyd hit the supper club with a group of friends.