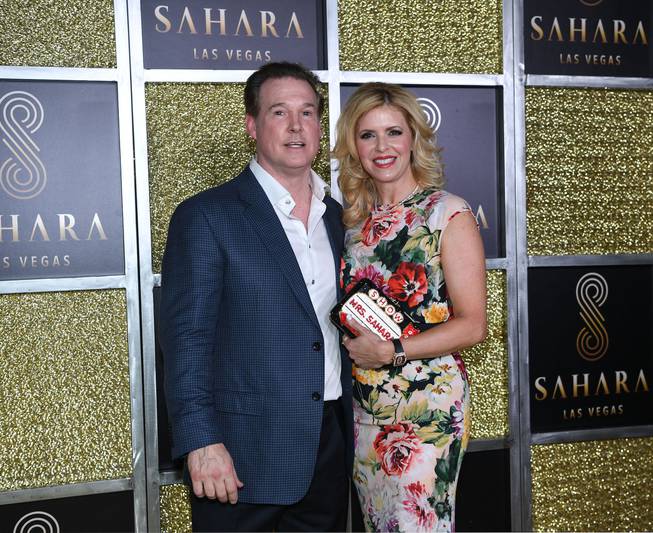 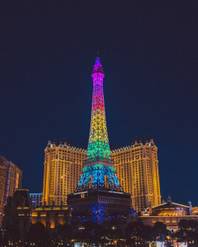 Among the celebs in attendance for Thursday night’s buzzed-about bash unveiling the name change from SLS Las Vegas to Sahara Las Vegas were resident comedian Eddie Griffin (who continues his show at the Sayers Club Monday through Wednesday), actor and host Jaymes Vaughan, and actor/rapper/producer/radio and TV host Nick Cannon. Of course, the star of the show was casino owner Alex Meruelo, who presided over a flashy presentation including fireworks, 3D projection mapping video and an Intel Shooting Star drone show culminating in cheers and applause when the classic Sahara name and a classy new logo finally appeared. “Our property is just the right size to deliver the bold yet personalized experiences that made visitors first fall in love with Las Vegas,” Meruelo said.

You never know what kind of Vegas event is going to attract the famous folks. The Universal Domino League’s Las Vegas Summer Classic was held at the Palms on Saturday and comedian and TV host Steve Harvey was there to take in the action, as were actor Chris Spencer, TV personality Rocsi Diaz, upcoming Tropicana headlining illusionist Hans Klok, Tenors of Rock singers Jimmy Denning and Tommy Sherlock and more.

At the South Point on Sunday, Emanii Davis of Georgia was crowned Miss Earth USA 2019 in a pageant watched by over 100,000 viewers throughout the week. A gradate of DePaul University currently pursuing a master’s degree in counseling at Valdosta State University, Davis will represent the U.S. at the international Miss Earth competition this fall in the Philippines.