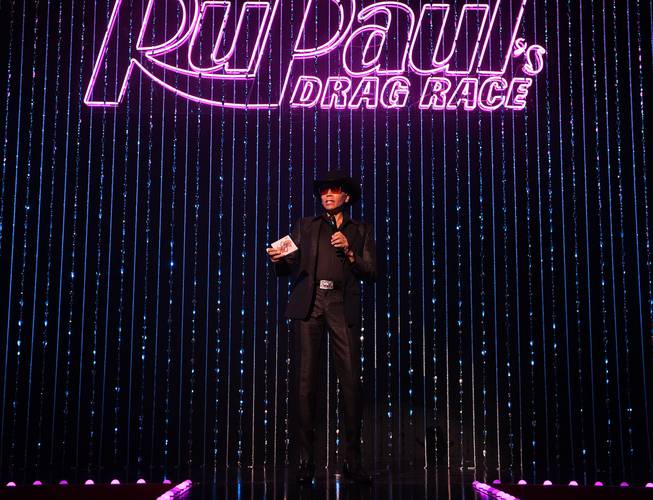 RuPaul starts the show at the Flamingo.

Where in Las Vegas did you watch the Super Bowl? Seattle Seahawks running back Marshawn Lynch hosted a Big Game watch party at Moneyline Sports Bar & Book at Park MGM, pouring shots of tequila for guests and enjoying a Skittles-adorned custom cake.

Singer Leona Lewis caught “Atomic Saloon show” at the Grand Canal Shoppes Saturday night and visited Madame Boozy Skunkton and the cast backstage after the show. Lewis has been spending a lot of time in Las Vegas lately and it’s no surprise; her husband is German choreographer and producer Dennis Jauch, one of the founders of the No Ceilings Entertainment team that co-created the brilliant new Mayfair Supper Club at Bellagio. 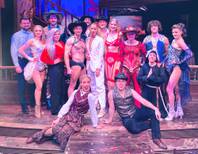 I spent my Saturday night at the Colosseum at Caesars Palace for Van Morrison’s second of five concerts, a very relaxed musical affair of steady streaming blues, jazz, pop and rock showcasing the 74-year-old legend’s crystal-clear, inimitable voice and saxophone. With the Colosseum hosting hard-rocking shows from the likes of Journey and Keith Urban as of late, it was refreshing to see a show in this venue with a breezier pace. Also, I’m getting old. And we all got up out of our seats for the 16-minute finale of “Brown Eyed Girl” and “Gloria.” Morrison returns at 8 p.m. February 5, 7 and 8 so catch him if you can.

Kicking off the weekend: Opening night of “RuPaul’s Drag Race Live” Thursday at the Flamingo Showroom, which started with a rousing welcome from RuPaul that fired up a celebrity-stacked audience including Kelly Osbourne, designer August Getty, actors Jeffrey Bowyer-Chapman and Lala Milan, reality star Tiffany Pollard and drag performers Acid Betty, Aiden Zhane, Brita, Crystal Methyd, Dahlia Sin, Gigi Goode, Nicky Doll and more. The Flamingo also opened RuPaul’s Werk Room, a multi-sensory retail experience, next to the spa to expand the fun. The store will offer meet-and-greets with performers from the show and judges and personalities from the TV show among other planned special events. It opens daily at noon.

Before the big debut, RuPaul was spotted at “Absinthe” on Tuesday night and tweeted about it being “sooo freakin’ GREAT!” On the same night, “Drag Race” TV faves Alexis Mateo and Coco and Kahanna Montrese were spotted at “Atomic Saloon show.”