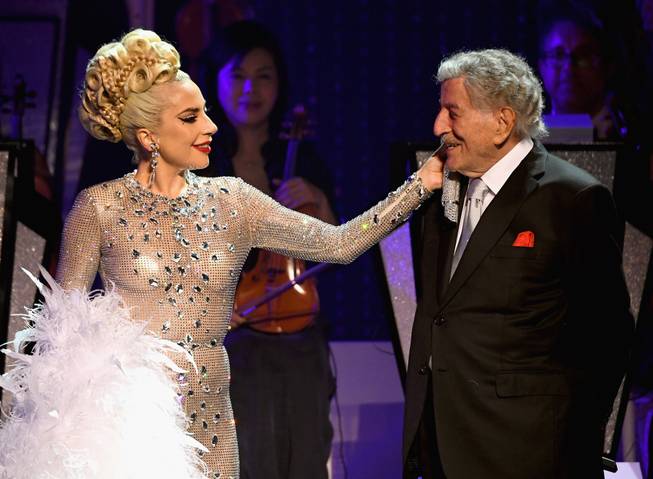 Lady Gaga kicked off the other version of her Las Vegas residency in grand fashion Sunday night, bringing legendary inspiration and collaborator Tony Bennett to the Park Theater stage to perform “The Lady is a Tramp” and “Cheek to Cheek.” Gaga’s first “Jazz & Piano” show was a sold-out affair and the crowd went wild when the 92-year-old crooner arrived to revisit the duo’s 2014 jazz album and 2015 tour. Gaga’s stripped-down set also included standards such as “Anything Goes,” “Fly Me to the Moon” and “La Vie En Rose,” which she performs in the film “A Star Is Born,” as well as jazzier arrangements of her own hits “Poker Face” and “Born This Way.” She’ll be back for the next “Jazz & Piano” concert on February 3 and performances of her powerhouse “Enigma” production on January 24, 26 and 31 and February 2. 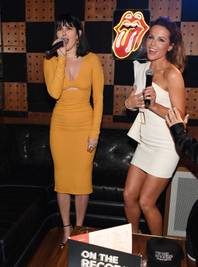 Rumer Willis and Kate Beckinsale at On The Record.

Many of Las Vegas’ favorite chefs including Susan Feniger and Mike Minor from Border Grill, Johnny Church from the Stratosphere, Justin Kingsley Hall from the Kitchen at Atomic and Stephen Hopcraft from STK teamed with Vegas Golden Knights players to prepare tasty snacks for an appreciative crowd at the 2019 Knight To Remember event Thursday at World Market Center Pavilions to benefit the Vegas Golden Knights Foundation. Grammy-nominated DJ and producer Steve Aoki and artists from Cirque du Soleil’s “KÁ” performed and the Blue Man Group was on hand to create a live art piece for auction. The VIP event raised more than $1.2 million for local community organizations.

Reality TV personality Pandora Vanderpump Sabo was spotted attending “Absinthe” at Caesars Palace Friday night, which makes sense considering her mom, Lisa Vanderpump, is planning to open a cocktail bar at the iconic center Strip resort in the coming months. Lala Kent, another star of “Vanderpump Rules,” attended the grand opening of Criss Angel’s “Mindfreak” show at Planet Hollywood Saturday night and even joined the illusionist onstage briefly during the segment when he saws a woman in half. Lala kept it together.

And leading into the big fight weekend on Wednesday night, Wynn Nightlife presented the first-ever Hold ‘Em For A Cause Poker Charity Tournament benefiting The Shade Tree at the Encore Poker Room, raising more than $75,000 to benefit an emergency fund for the women and children’s shelter.