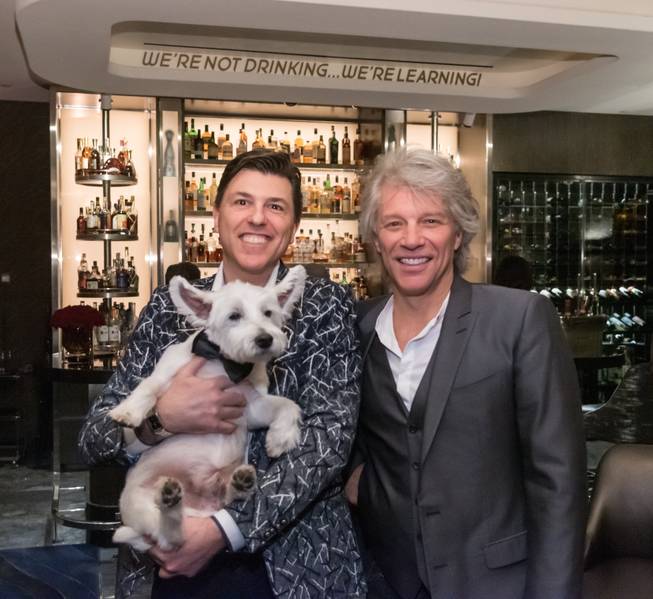 Beautiful weekend weather and an unparalleled collection of culinary celebrities made for one of the most memorable and delicious editions of Vegas Uncork’d by Bon Appétit in the history of its 13 years on the Las Vegas Strip. Multiple dinners, mini food festivals, demonstrations and other events took over several resorts, kicked off by the annual saber-off ceremony at the Cosmopolitan’s Boulevard Pool on Thursday as Bruce Bromberg expertly chopped several Champagne bottles and posed for photos with Guy Savoy, Roy Choi, Masaharu Morimoto and other chef luminaries. 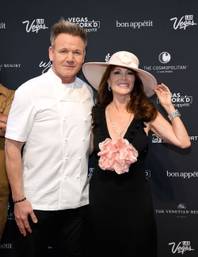 I got ready for Friday night’s Grand Tasting with an incredible dim sum brunch at the Venetian’s new Mott 32. Do not miss the Hong Kong eatery’s hot and sour Iberico pork Shanghainese soup dumplings, the crispy sugar-coated barbecue pork buns or the signature smoked black cod. Lisa Vanderpump was one of the biggest hits at the Grand Tasting at Caesars Palace Friday night as fans, chefs and pretty much everybody tried to snap a selfie with the reality TV star and proprietor of the new Vanderpump Cocktail Garden. The foodie fun continued on Saturday with the third Picnic at the Park event spotlighting MGM Resorts’ culinary talent, including Morimoto and Choi, Michael Mina, Shawn McClain, Julian Serrano, Jean-Georges Vongerichten and brothers Bryan and Michael Voltaggio, who run a steakhouse at MGM National Harbor but do not yet have a Vegas outlet. I wrapped up my Uncork’d weekend with a night market-style street-food feast at Sugarcane at Venetian, one of my favorite hidden Strip gems, and indulged in oysters, coconut milk shrimp ceviche, grilled octopus and more from talented chef Timon Balloo.

Jon Bon Jovi was all over the place this weekend, popping up at Uncork’d events and more. The rock legend visited the Palm at the Forum Shops at Caesars for lunch on Friday with his son Jesse and signed his own classic caricature on the iconic restaurant’s walls. On Thursday, he took a tour of the remodeled Palms, checking out Bobby Flay’s new restaurant Shark and the massive nightclub KAOS, then shared his and his son’s rosé brand, Hampton Water, with friends and guests at luxury cocktail lounge Mr. Coco.

Reality TV star Kendra Wilkinson partied at Park MGM over the weekend, visiting On the Record Friday night for some karaoke and cocktails before hitting JEMAA The NoMad Pool Party Saturday for some luxurious dayclubbing. Also at the NoMad pool on Saturday: Miley’s brother Trace Cyrus with fiancée Taylor Lauren Sanders.