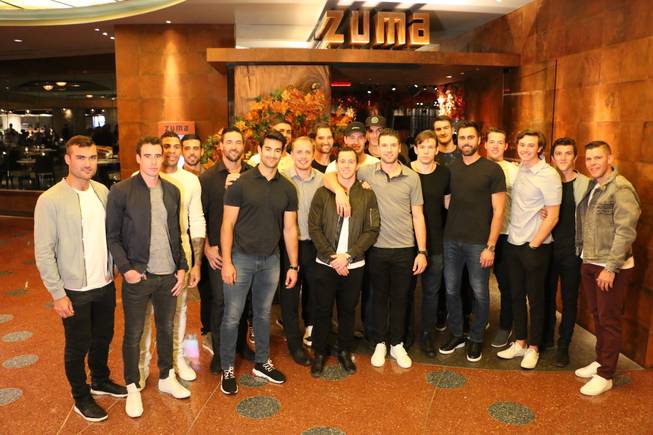 The Vegas Golden Knights at Zuma.

Locals may not be accustomed to traveling to the Strip for Vegas Golden Knights watch parties but after I visited Lagasse’s Stadium at Palazzo Friday night to watch our team trounce the Sharks for the second time in three days, this hockey bar experience comes highly recommended. With a menu created by celebrity chef Emeril Lagasse and possibly the most luxurious stadium-style seating in Las Vegas, it’s a special place for sports. The games and contests between periods (with VGK tickets as prizes) were the icing on the cake, even before I celebrated the win with a slice of Emeril’s legendary banana cream pie. 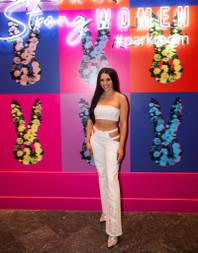 Also on Saturday, Whitney Port, one of the stars of “The Hills: New Beginnings,” dined with a group of friends at Tao at the Grand Canal Shoppes at Venetian before heading upstairs to the club to party along with DJ Eric DLux.

“Vanderpump Rules” reality star and former Strip performer Scheana Shay hit Park MGM over the weekend. She checked in at the NoMad Hotel Friday and made the rounds at Best Friend, Mama Rabbit and On the Record. On Saturday, Shay cruised past Paris Las Vegas —where she took a turn starring in “Sex Tips for Straight Women from a Gay Man” last year — to the Mirage for a day party at Bare Pool Lounge, then returned to On the Record that night. Her “Vanderpump” co-star Lala Kent also scored some Vegas time, lunching at Sugar Factory American Brasserie with fiancé Randall Emmett on Friday.

“Real Housewives of Orange Country” star Emily Simpson, who recently took some burlesque lessons from “Sexxy” star and creator Jennifer Romas at Westgate Las Vegas, was back in Las Vegas over the weekend and attended the Las Vegas Food & Wine Festival at Tivoli Village. Simpson’s party had dinner at Hamptons before checking out the event and posing for pictures with chefs and fans.