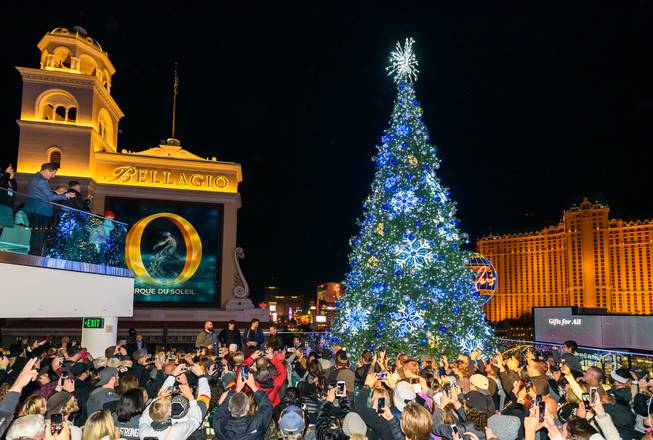 Two Knights celebrated the season at the Cosmopolitan. 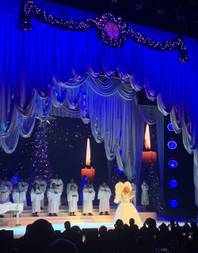 Mariah Carey performs at the Colosseum on November 23.

Holiday happenings are abundant on the Las Vegas Strip and one of the most popular seasonal attractions in recent years, the rooftop ice rink at the Cosmopolitan, made its debut with a tree-lighting ceremony Friday night hosted by Vegas Golden Knights Marc-André Fleury and Max Pacioretty and the in-arena hosts of Knights games at the Fortress, Mark Shunock and Big D. Before they flipped the switch on the stunning 36-foot tree, the Cosmopolitan’s chief people officer Daniel Espino presented the Folded Flag Foundation with a $15,000 donation. Attendees enjoyed s’mores, festive cocktails and snacks while strapping on skates and hitting the ice on the 4,200-square-foot rink built on top of the resort pool.

Mariah Carey also got the season started with the return of her “All I Want For Christmas Is You” holiday concert residency at the Colosseum at Caesars Palace Friday, but Saturday night’s show had a special moment. Near the end of the concert, Guinness Book of World Records adjudicator Michael Empric appeared onstage to surprise the star singer with a plaque and announcement that her inescapable hit “All I Want For Christmas Is You” has become the highest charting holiday song by a solo artist on the Billboard Hot 100, a new Guinness World Records title. The show continues its run November 27, 29 and 30.