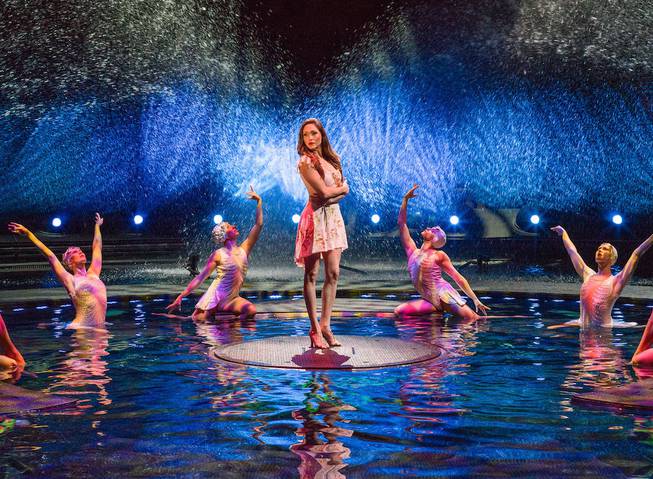 The first large-scale Las Vegas production show to permanently close due to the coronavirus pandemic is one of the most acclaimed performances to ever hit the Strip. Wynn Las Vegas confirmed “Le Rêve” has shuttered for good after more than 6,000 shows over the last 15 years.

“As a result of the COVID-19 pandemic and subsequent physical distancing requirements for which an end-date cannot be predicted, but are necessary to keep our guests safe, we have been forced to close the award-wining show ‘Le Rêve — The Dream.’”

That is the official statement released by Wynn about the resort’s signature show, which was awarded Best Production show in Las Vegas for a record nine consecutive years by the Southern Nevada Concierge Association.

A cast and crew of approximately 275 are now without work.

Before March’s entertainment shutdown, “Le Rêve” was performed twice nightly Fridays through Tuesdays at the custom-built, 1,500-seat Wynn Theater. The acrobatic, aquatic spectacular premiered on May 6, 2005, as the new resort’s resident show and was originally created by Franco Dragone, the former Cirque du Soleil director who also created “O” at Bellagio and Celine Dion’s “A New Day” at Caesars Palace.

“Le Rêve” was renowned for its dramatic theater-in-the-round setting and high divers and acrobats flying in and out of a 1 million-gallon, 27-foot-deep pool. The show was refreshed with new costumes, music, choreography and lighting concepts in 2018 and continued to run as one of the most popular shows on the Strip.