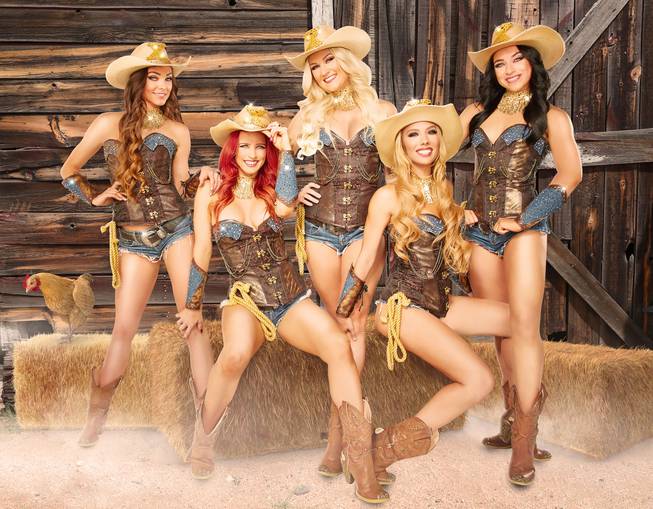 The cast of “X Country” will be back onstage on October 22.

The “X Country” adult revue will return to the stage at Harrah’s Cabaret on October 22, making it the first show to reopen at a Caesars Entertainment property in Las Vegas since the pandemic shut down all live entertainment in March.

The show will be performed three nights a week, at 10 p.m. Thursday, Friday and Saturday, with plans to expand the schedule to five nights a week starting November 4. Audiences will be capped at 80 people at Harrah’s Cabaret, one of three performance spaces at Harrah’s Las Vegas, the Caesars property that reopened on June 5. The Cabaret’s pre-pandemic capacity was 340.

The five-year-old country music-themed revue is produced by Matt and Angela Stabile, the husband-and-wife team behind “X Burlesque” and “X Rocks” as well as Piff the Magic Dragon’s show at Flamingo. Piff also makes his comeback this month, announcing yesterday the magic and comedy show will move to the larger Flamingo Showroom on October 29.

No information has been announced yet about the possible return of the other “X” shows, but the Stabiles recently said they would find a way to relaunch all of their shows under the current safety protocols and capacity restrictions.