The pandemic left local musicians without a performing outlet this year, but creative Las Vegans persevered by releasing new music throughout 2020.

Shamir resides in Pennsylvania these days, but we’ll never stop counting the local native among our own. October’s self-titled LP garnered praise from Pitchfork to Rolling Stone, and it’s no wonder why. With a charismatic and distinct falsetto and a knack for writing emo-leaning indie tunes, Shamir gets better with every release.

In August, The Killers released their sixth studio album, Imploding the Mirage, which the Weekly’s Geoff Carter awarded four stars, writing, “Nearly every one of the 10 tracks overflows with confidence and ardor, at a time when this city—this country, this world—could use both.” 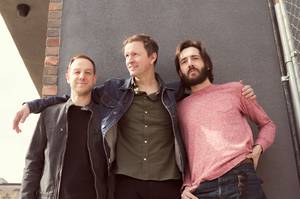 Las Vegas band The Silver State released its first album in six years, welcoming singer Caleb Lindskoog back to the desert after 13 years in New York. YRUYMI finds the trio working in perfect harmony, melding atmospheric indie rock with poignant lyrics on life, death and all the things that happen in between.

After surviving a heart attack earlier this year, rapper Phil A made a full recovery and paired up with MC Rasson Arigato to record Philagato in one day during the pandemic. The record also features LMNO, Flashius Clayton and Jay NiCE. Also on the hip-hop front, Vegas rapper Hassan released a new EP in July, Getting 2 Old 4 This, which takes on Karens, Oscar Goodman and even erectile dysfunction with his signature dose of sarcasm and humor.